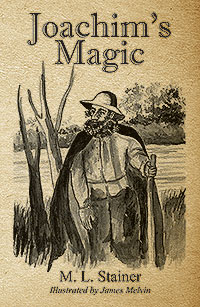 Thirteen-year-old Reis Courtney, from Surrey, is apprenticed to one Dougham Gaunse, also known as Joachim Gans, famed metallurgist of Queen Elizabeth I and the first recorded Jew in the New World. Joachim and others travel to the Virginia lands in 1585, to search for gold, silver and most valuable of all, copper, to fashion the armaments for England’s war against Spain. This special expedition, under the leadership of Ralph Lane and supported by Sir Walter Raleigh, is fraught with danger, from the native Indians who lurk in the woodlands to the hatred which the German miners harbor as they work alongside Joachim. Reis finds his master taciturn and mysterious. He chants in Hebrew and antagonizes all except Thomas Hariot and Ralph Lane. Trouble occurs when the great Indian Chief, Pemisapan, formerly known as Wingina, turns against them. What happens when Pemisapan captures them, holding them hostage and threatening their lives? What “magic” can Joachim perform to save them all? Faced with the choice of giving in to Pemisapan, or sacrificing his apprentice, Joachim must make one of the hardest decisions of his life. Upon him rests the fate of the entire 1585 expedition and the life of one small boy. A prequel to the Lyon Saga series about the 1587 Lost Colony of Roanoke Island.

Jeremie turned his head to glance into the dark woods on the right, as if fully expecting to see a painted figure step from the thickets. He shuddered. Reis smiled. Jeremie was afraid of his own shadow. He listened to every story about the fierce tribes and how they cut Englishmen up into little pieces, skewering them before they were roasted over slow-burning fires. He listened to the stories about Dougham Gaunse, too, from a strange place called Bohemia who was, worst of all, a pagan and a disbeliever in Jesus Christ. “They say he drinks the blood of Christian babes,” Jeremie whispered. “Not true,” Reis snapped back. “Where do you get such ideas?” “Me master told me and his friend, too. They say Master Gaunse is a Jew.” He spat the word, then quickly made the sign of the cross. Reis said nothing, not wanting the conversation to continue. But Jeremie persisted. “I’ve never met a real Jew before. Is it true he killed Christ?’ Reis turned suddenly upon the younger boy, his fists clenched. “If you mention this bloody nonsense to anyone, I’ll thrash you myself!” 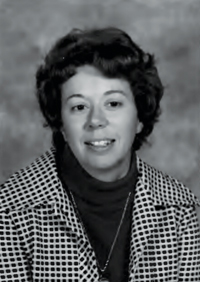 M. L. Stainer lives in the beautiful Hudson Valley area of New York State with her husband, Frank. Born in London, she holds degrees from Queens College, New Paltz and Fordham. A retired high school English teacher with many young adult novels to her credit, she writes under the pseudonym M. L. Stainer to honor her father. 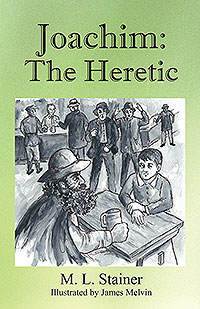