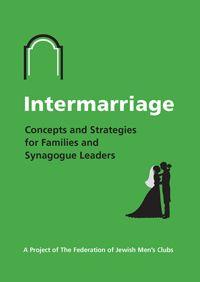 The material in this manual was designed to provide you, the reader, with the perspective necessary to more fully understand the impact intermarriage and changing attitudes towards marginalized populations are having on the Jewish community as a whole. It also offers the insight of men and women who have been working with intermarrieds for a number of years in the hope that a fuller understanding will emerge of what is occurring, more specifically, within our families and in our communities. Families, like synagogue communities, need to learn how to make Judaism embracing for emerging generations. Each family, each synagogue, has its unique culture, and as a consequence needs to develop its own strategy or strategies. The introductory essays offer perspective. The section entitled Building Sensitivity suggests ways family members and institutions need to develop if they hope to aid our increasingly diverse families. The unit devoted to Family Dynamics offers guidance to parents, grandparents, and clergy who must come to understand the nature of their influence. The units devoted to Improving Community and Providing Comfort help define the concept of ‘welcoming’ and place it in proper perspective. Finally, the unit entitled Conversion, when coupled with some of the essays from preceding units, positions conversion in what is believed to be its contemporary context. This manual is food for thought. It raises questions, encourages discussion, and attempts to broaden one’s understanding to strengthen our families and communities.

Rabbi Charles Simon has served as the Executive Director of the Federation of Jewish Men’s Clubs since 1981. Under his guidance, FJMC has produced numerous books, guides, films, and programs designed to enhance Jewish life, for men and women and their communities at large. Rabbi Simon has been responsible for the production of a host of materials designed to make Jewish life more accessible. These accomplishments include the development of the highly acclaimed Art of Jewish Living series, authored by Dr. Ron Wolfson, the writing and production of two educational films, A Guide to the Shabbat Morning Torah Service and The Ties That Bind. He edited and supervised the Hearing Men’s Voices series, a series of five manuals designed to assist Jewish men to address issues facing them today. Rabbi Simon has also written 2 books devoted to teaching people how to lead and participate in community prayer. He has been published in Commentary Magazine, Judaism Magazine and Reform Judaism. Rabbi Simon was instrumental in the creation of the Leadership Council of Conservative Judaism. In addition, he is responsible for starting and nurturing three Masorti congregations in France and two in the United Kingdom. His Mezuzah Housewarming party was translated into Spanish in 2005 as was his film The Ties That Bind. In November 2007 Rabbi Simon received the prestigious Sheirut l’am (Service to our People) award from the World Council of Synagogues and in 2011 the Yuval Award from the Cantors Assembly. He currently serves as the Conservative/Masorti Movement’s representative to Europe. His most recent endeavors are a weekly haftarah commentary that began in October 2009 and a book titled Developing a Successful Volunteer Culture, a 1977 graduate of the Rabbinical School of the Jewish Theological Seminary of America, Rabbi Simon served as a congregational rabbi before coming to the FJMC. His primary interest is the development of lay leadership and the cultivation of volunteers. He lives in New York with his wife Mary Katzin. 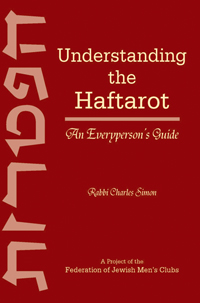 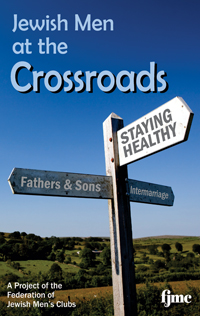