Portraits of Beauty and Hope

by Kevin Fell and Longhang Nguyen 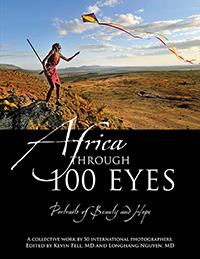 Portraits of Beauty and Hope

by Kevin Fell and Longhang Nguyen

“Africa leaves nobody indifferent… There is something in the dwellers of this part of the world that pierces your soul and you can never get rid of.” This book is a collaboration by over 50 photographers from 20 different countries throughout the world who have lived in, worked in, or deeply experienced the African continent and its people and have been forever changed by it. The profits from this book will be donated to the United Nations World Food Programme, to support their effort in providing food to African school children. We hope you enjoy the journey.