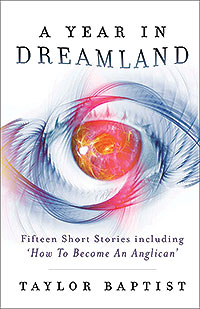 We met the self-opinionated, tactless Jack Gardner before in the Honey Do List, an EVVY award winner. Ten years have rolled by since then and he is now totally paranoid about his health. His fruitless search for the Fountain of Youth has turned him into a full-blown hypochondriac, and he stumbles through life in a medication-induced haze. Ringing in the ears and brain fog are now constant companions, but his real troubles begin when he falls asleep. Vivid dreams grab hold of his mind, and he assumes a dozen different identities as he gallivants through the United States, Europe, Asia, Africa and the Caribbean, leaving a trail of mayhem in his wake. In turn rent collector, British diplomat, stockbroker, water engineer, travel writer and Catholic priest, Jack comes into contact with a host of zany characters, joins a religious sect, goes completely blind while traveling on the London Tube, discovers he has a sister no one knew anything about, and finds himself caught up in a really nasty scandal. His efforts to umpire a cricket match set two Indian villages at each other’s throats and his first celebrity wedding as a rookie priest barely escapes nationally televised meltdown. He visits a local drinking hole to seek converts, has his first taste of “Resurrection Soup” and finally wakes up, half naked, in a homeless shelter.

Taylor Baptist had his early education in the then British Guiana, before qualifying as a Chartered Accountant in the UK and embarking on three decades of travel fulfilling corporate assignments. He has lived in Africa, Europe and the Caribbean and this multi-cultural exposure as well as a keen eye for character come out in his writing. Now retired, he lives with his wife in Stone Mountain, Georgia, and enjoys travel and touring with the North Georgia Jaguar Club. 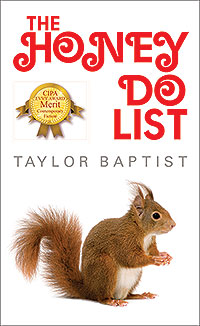