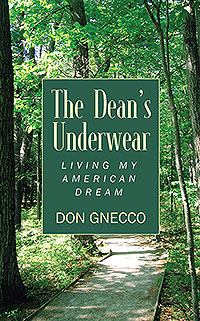 The Resilience of the Human Spirit Is Unmistakable…

From humble beginnings in a cockroach-infested garage apartment on the Mississippi bayou to a former P.O.W. camp in New Mexico, Don Gnecco’s poignant, synchronistic, and humorous anecdotes take the reader on a twisty path through New England, Puerto Rico, and eventually to the foothills of the Blue Ridge Mountains in northeast Georgia.

An abusive father, a strict Catholic upbringing, and multiple moves in adolescence set the stage for what could have been a life of desperation and despair. Having survived a near-fatal automobile calamity in Indianapolis and electrocution in New Mexico, we come to appreciate the resilience of a child born into poverty in a military family who – surprisingly - becomes a lifelong educator.

Playing softly in the background is Don Gnecco’s longstanding passion for music and performing that only emerges in his forties, after his children are nearly grown.

A fifty-year career as an educator, school administrator and college dean parallel Don's leading roles as husband, father of three, and grandfather of five. 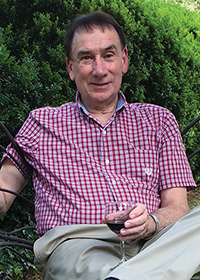 A career educator and songwriter, Don Gnecco most recently served as Dean of Education at Piedmont College. He and his wife Nancy Lee have three adult children and five grandchildren. They reside in northeast Georgia, in the foothills of the Blue Ridge Mountains and on the southern Maine coast.

Visit the author's webpage at
https://outskirtspress.com/deans_underwear
for more information.