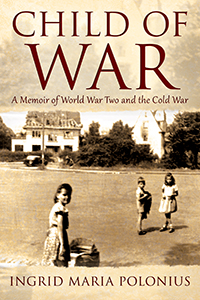 A Memoir of World War Two and the Cold War

As a child in Germany during World War II, Ingrid Polonius survived the horrors of daily bombardments and unspeakable loss. After her hometown of Kassel was targeted by the Allies, she and her family were forced to evacuate into the countryside. When the war finally ended, she struggled through the Hunger Years and the rising threat of the Cold War and the Berlin Wall. Throughout her life, Ingrid has managed to move from gift to gift, teaching school, marrying her high school sweetheart, raising a family, traveling widely, earning a Doctor of Ministry degree, and celebrating the reunification of Germany after the Fall of the Wall. Her memoir, Child of War, captures the depths and heights of her journey from war-torn Germany to present-day America. 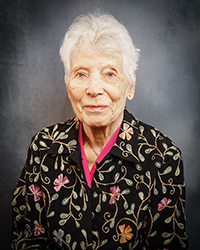 Ingrid Polonius’ experiences as a child of war have directly led to her lifelong work for justice: devoting thirty years to Quest for Peace, providing Nicaraguan children with an education and hot meals, and Emmaus Prison Ministry, offering spiritual support to prisoners near her longtime home in Ridgefield, Connecticut.

Visit the author's webpage at
https://outskirtspress.com/childofwar
for more information.