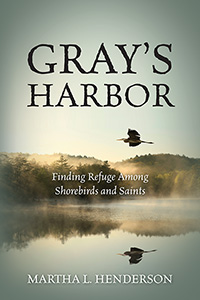 Finding Refuge Among Shorebirds and Saints

Two displaced souls find shelter in a wildlife refuge on the remote Washington coast. Together, the pair learn to survive with the shorebirds who inhabit mudflats and currents.

Gray Quinn watched the tide create ripples in the mudflats that lay gurgling and gasping around the rocks where he sat. He thought of his ancestor, Captain Gray, who would have stood on the bow of the Lady Washington in 1788 watching the same process. Not far from Gray Quinn sat Saron Lindquist, hidden in the tall grasses along the rocky shore that forms a part of the Grays Harbor Unit of the Nisqually Wildlife Refuge. Saron watched a heron, motionless at the edge of the mudflat. Suddenly, the heron stretched its long neck and pushed its needle-nose beak into a pool of water. A silver fish flopped about until, in one swift move, the heron flipped the fish into the length of its beak and into its outstretched neck. Gray, Saron and the heron watched the mudflats from their vantage points. Gray, homeless and shattered by drugs, Saron, chased into the grasses by modern-day pirates, and the heron. Seeking shelter, Gray, Saron and the shorebirds hope to survive on the muddy margin between land and sea. 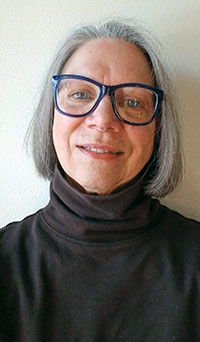 Martha L. Henderson is a geographer and keen observer of the interactions between Earth and humans. A professor of Environmental Studies at The Evergreen State College in Olympia, WA she taught geography of the Pacific Northwest and led numerous field trips on the Olympia Peninsula. A long-time resident of the region, she has observed the transformation of timber-based economies and communities, the role of the federal government and public land, the unique identity of indigenous populations over time. While published in numerous academic books and journals, Gray’s Harbor is an exploration of human and Earth relationships for a public audience. She uses storytelling to investigate how two homeless people in Grays Harbor, its mudflats and shorebirds, and a wildlife student create a place of refuge.

Visit the author's webpage at
https://outskirtspress.com/graysharbor
for more information.