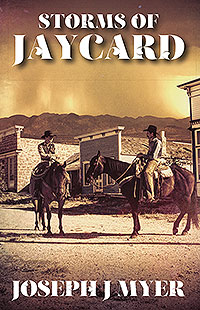 Storms of Jaycard is a fictional story about a small town in Texas in the old west, and some of the people who live there, in and around the town. It has action and adventure, humor and romance.

Storms of Jaycard is about different people who live in or around a small fictional town of Jaycard in the old west. It starts out by telling the story about the owner of the Dusty Buffalo Saloon, Miss Wildcat, and her Romances and Adventures with Stringbean and Meatcutter Rick. Then her new romance with Boss Dogg. Then we turn to the trouble and adventures between the Triple D Ranch and The Krazy K Ranch and all the people that are involved with the two Ranches. Like Triple D, Tin Tin the gun slinger, Mad dog Mayo, Casanova Cody from the Triple D ranch and Nine finger Grip, Chicken wing Joe and Lightning Bolt from the Krazy K Ranch. Then a new gang of outlaws are formed (The Outlaw Roadie Gang) and terrorized the territory and how the Sheriff of Jaycard ( Sheriff Sledge Hammer) and his Posse brought them to Justice. 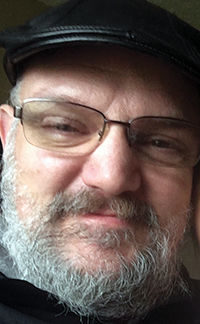 Joseph J. Myer was born and raised in Scio Ohio. And now lives with his wife in Weirton West Virginia. Joseph has a good imagination and a good sense of humor. He has always liked western movies and books. So he wrote his fictional western book, The Storms Of Jaycard.

Visit the author's webpage at
https://outskirtspress.com/stormsofjaycard
for more information.