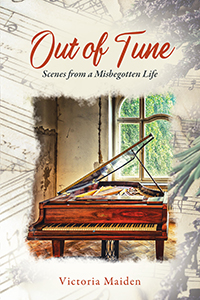 Scenes from a Misbegotten Life

What if your whole life was like a badly written play? Asinine plot, tedious dialogue, poorly paced performance, dreadful costumes, lousy lighting... Would you walk out, or stay until the final curtain call?

This is the kind of decision our protagonist must make as she chronicles her messy and lopsided life, from preadolescence to senior citizen, in a memoir that often reads like a novel. Out of Tune contains fascinating characters and unforeseen events, impossible situations, and even a bit of suspense. It takes the reader from the crooked streets of Greenwich Village to the Greek Isles, from the garish colors of Hollywood Boulevard to the ancient ruins of Rome. But this book is far from fiction. Instead it is a brutally honest case history of a woman whose life has been disrupted by mental illness in various and surprising ways, both as a sufferer herself and as a witness to the suffering of friends and family members—the kind of sickness that is more subtle, hidden, and insidious, often invisible to outsiders.

Out of Tune is no “survivor” memoir. It is merely an account of what it feels like and looks like to grapple with an unpredictable and misunderstood illness on an hourly basis—an illness that afflicts millions of our friends and neighbors and is often hiding in plain sight. 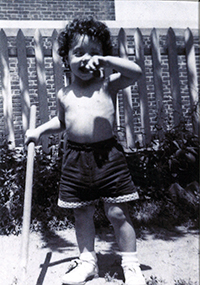 Victoria Maiden grew up in the Bronx and currently resides in Mount Vernon, New York. Out of Tune: Scenes from a Misbegotten Life is her debut book.

Visit the author's webpage at
https://outskirtspress.com/outoftune_vmaiden
for more information.