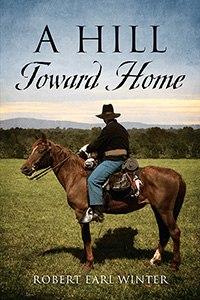 A Hill Toward Home

Jesse Logan struggles with patriotism, loyalty to a cause, and the taking of human lives.

From boyhood in loyalist East Tennessee in the 1840’s, Jesse Logan grows up out west, and then returns to his roots as the country struggles with the divisive issues of states’ rights, slavery, and commitment to one’s principles. In his journey he is transformed from a carefree, lighthearted youth, hunting deer and rabbits and breaking horses to the commander of a regiment pursuing renegade bushwhackers through the hills of East Tennessee, where he was born. His skills with a rifle, learned on the eastern slopes of the Sierra Mountains in the newly settled Carson Valley place him in the role of a sharpshooter in the Union Army, and the object of some newspaper reporters eulogizing him as “an angel of death” to the opposing army. He gradually becomes romantically attracted to a young woman only to find that she is a double agent between the north and south and inextricably attached to Confederate interests. Jesse’s inclination to act impulsively and without due caution often put him into conflict with some of his superiors, but as he grows through the course of the war, these same traits place him in positions of responsibility, where he becomes a significant contributor to the success of the Union in the American Civil War. 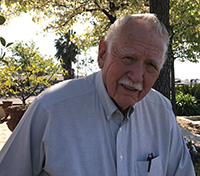 Sheriff Bob Winter was born and raised in rural southern Santa Clara Valley, California, an heir to a long tradition of cattle ranching, but selecting law enforcement as a career. His fascination with American and family history and his experiences as a cowboy and cop prompted the writing of this work.

Visit the author's webpage at
https://outskirtspress.com/ahilltowardhome
for more information.