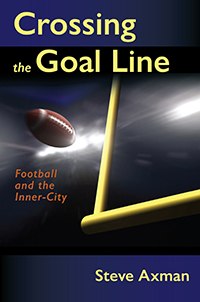 Football and the Inner-City

Two misfits come together to take on the ills of a socially and racially troubled, inner-city high school football team that hasn’t won a game in four years.

Sean Dempsey was a stand-out football player with a storied career. After only getting a “cup of coffee” in the NFL, he quickly became an excellent linebacker coach at his alma mater, St. Ignatius. His disdain for a star, but highly obnoxious, linebacker leads to an explosive career-ending scuffle. Dismissed, …hard pressed to get another coaching position, Dempsey is in financial ruins mired with the reality of taking care of his young family. His last resort is the U.S. Army where he successfully becomes an Army sergeant, …until he was blown up in an Afghan skirmish. Back home with PTSD, lightning strikes with a head coaching offer from an old friend which leads to the excitement of a renewed career, …or so Dempsey thinks.

Ty Douglas is an excellent, but disgruntled, quarterback who, along with his often-transferred mother, is forced to move from state-to-state. Ty’s mother mistakenly rents an apartment slightly inside the border of Roosevelt High School, …a school where no one wants to go. Crossing The Goal Line is the story of two misfits who collide to take on the ills of a socially and racially troubled, inner-city high school football team that hasn’t won a game in four years. Dempsey fights off PTSD, gang wars, failing academic grades and poverty. Douglas, with the help of a befriended six-foot four, 300 pound offensive tackle, fights to lead the football team while protecting the sassy sister of one of the players. 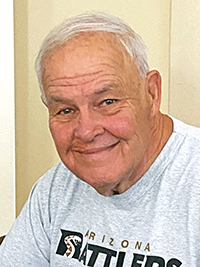 Visit the author's webpage at
https://outskirtspress.com/crossingthegoalline
for more information.