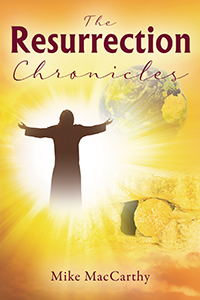 The true story of what happened between the 12 Apostles, the disciples of Jesus, and the Jerusalem Temple Elders who decided that Jesus and his followers needed to be killed.

The story begins with how Jesus met the first Apostles and received baptism from John the Baptist, then follows what happened to Jesus and His closest followers during His illegal trial, conviction, torture, hideous crucifixion, and controversial burial. But the main characters of The Resurrection Chronicles—the mother of Jesus, Mary Magdalene, Mother Mary’s sister, the Apostles, Nicodemus, and Joseph of Arimathea—realize that despite the danger, they have been called to pick up the pieces of Jesus’ message and share it with the world. They’re still trying to reach agreement about how best to do that three days after His burial when Jesus arises from His tomb and begins visiting His followers.

But the time Jesus can remain on Earth is rapidly coming to an end. Forty days after his death, angels help Him ascend into the clouds and heavens above. Ten days later, Peter rises before a vast gathering of Jesus’ disciples and Jerusalem visitors and reminds them of all that has taken place in the past 50 days. And even though Jesus, Son of God, has left them, He still remains with them in the form of the Holy Spirit. And with the Holy Spirit, all things are possible. 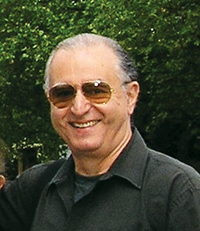 Mike MacCarthy was raised on a small farm in Connecticut, attended Georgetown University, and relocated to San Diego, where he met his current wife, Kathy. In 1990, he helped found San Diego Writer’s Monthly magazine and soon collaborated on 11 bookstore works. In 2016 he published his first Christian historical novel, Maiden General: How 17-year-old Joan of Arc Saved France at Orléans. Mike and Kathy are Catholic lectors, eucharistic ministers, healing prayer ministers, and are extremely active in Cursillo and the Kairos Prison Ministry. Learn more at www.mikemaccarthy.com.

Visit the author's webpage at
https://outskirtspress.com/thosemiraculousfiftydays
for more information.