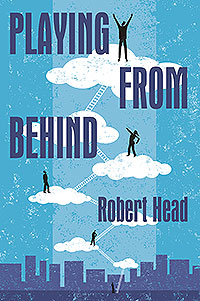 The American Dream Isn’t Out of Reach

The American Dream is the opportunity for success and prosperity—the promise that every citizen, no matter who they are, will be limited only by the boundaries of their imagination and their capacity for hard work. But recently, many have begun to give up on the American Dream, believing that it is out of reach for those living with various obstacles—socioeconomic background, race, or even gender. As one who has overcome seeming limitations in his life, Dr. Robert Head offers a powerful re-framing not only of these so-called limitations but of our definition of success itself. In Playing From Behind, he shares his life lessons to assist others in converting perceived disadvantages to motivational advantages. Our opportunity for future success is not completely tied to race, gender, income, or similar factors over which we have no control. Our success can be a direct result of our own internal interventions, including courage, dedication, commitment, perseverance, and imagination. Playing From Behind gives you the tools you need to build a bridge between an American Dream conceived and an American Dream realized. 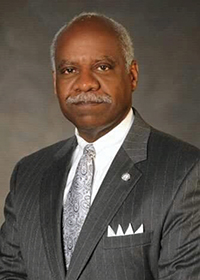 Dr. Robert L. Head is a motivational speaker and higher education consultant. He rose from humble beginnings in Cleveland, Ohio, during the turbulent Civil Rights era and became the first African-American president of two Midwestern universities: Urbana University (Ohio) and Rockford University (Illinois). After retiring in 2016, Dr. Head was given the title of President Emeritus of Rockford University. Dr. Head currently serves on the board of his community homeowners association, as well as sitting on the boards of Defiance College (Ohio) and David C. Cook (Colorado). Dr. Head and his wife Sheryl have three adult children and reside in Ponte Vedra, Florida.

Visit the author's webpage at
https://outskirtspress.com/RobertLHead
for more information.