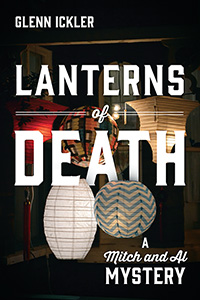 Trial and Error on Martha's Vineyard

“Timing is everything,” says St. Paul Daily Dispatch photographer Alan Jeffrey when he’s asked why somebody always gets killed when he and Daily Dispatch reporter Warren “Mitch” Mitchell are visiting Martha’s Vineyard. Mitch and Al and their cartoonist companion, Dave Jerome, are on the celebrated vacation isle to testify for the prosecution in the trial of identical twins Ima and Ura Jewell, who are accused of murdering Dave’s uncle, Walter Jerome. The twins, who were Walter’s financial advisers, had also tried to murder this answer-hungry trio after confessing that they’d killed Walter because he’d caught them stealing $500,000 from his account. As the trial of the glamorous twins begins, a new mystery arises when two visitors from St. Paul are shot to death by a professional killer on Grand Illumination Night on the grounds of the historic Martha’s Vineyard Camp Meeting Association. While Mitch, Al and Dave puzzle over who hired the killer and why, another shooting takes place in the same Campgrounds cottage. The search to identify the person who paid the killer leads the three friends, who fashion themselves as The Three Musketeers, into a fast and furious deep water boat chase and a too-close encounter with a fast-moving airplane. Meanwhile, the murder trial moves on toward an uncertain verdict as the defense goes on offense against Mitch, Al and Dave. 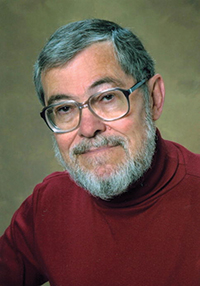 Visit the author's webpage at
https://outskirtspress.com/lanternsofdeath
for more information.