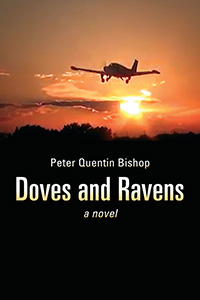 If cornered, doves can morph into ravens

Doves and Ravens is the story of Bart Rollins, a regular guy who, through no fault of his own, is involved in an incident that tests his true moral character. He makes an ill-advised decision that will come back to haunt him, although it’s a decision that many of us might have made under the same or similarly precarious circumstances.

Bart’s vindictive wife, Loretta, the sole witness to this tragedy, threatens him with exposure if he ever leaves her, and makes his life a living hell.

Bart falls in love with a beautiful nurse, Claudia. The feeling is mutual and the pair, wanting desperately to be together, eventually are forced to find a way to be permanently rid of Loretta. There appears to be only one way out: a drastic and diabolical plot which, if unsuccessful, will land the pair in prison for life.

Full of surprises, twists and turns, Doves and Ravens portrays good people driven to extremes, the same ones that occasionally beset us all. 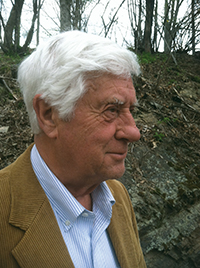 Visit the author's webpage at
https://outskirtspress.com/dovesandravens
for more information.