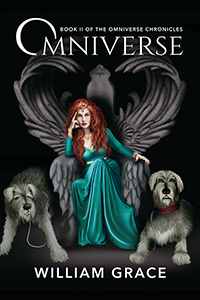 The Odyssey of the Warrior’s Path Continues

As the second book of The Omniverse Chronicles opens, we are reunited with Jack, who has survived seemingly fatal wounds and has also been given the gift of an amazing ally: Aiyanna, the last of the People of the Songs, who has become his lover. But in the face of their new found happiness they are still hunted by their deadly enemy, Heinrich Kuhl. Even though he has vanished, they know that he and his eldritch master the Yarvaak Golu (The-God-Who-Waits) are only biding their time, waiting for the chance to destroy Jack and Aiyanna. Former friends have turned against them, and they are also confronted by new enemies, including the vicious psychopath Milo Stylet, who is obsessed with Aiyanna; and two young women whose charm and beauty conceal their inner darkness. But Jack and Aiyanna find new friends and allies as well, both human and supernatural: Annabelle the pixie, the Old One, and Deputy Ben Carson. And, as always, Sean Plunkett, Jack’s lethal mentor, is there to guide and watch over them both. Jack, Aiyanna, and Sean must journey to the farthest reaches of northern California in search of Heinrich Kuhl. There, Jack will instead face a terrifying adversary in a duel to the death where not only his life, but his very soul and our world are the hazard. Follow Jack and Aiyanna as they face new perils in the second volume of The Omniverse Chronicles. 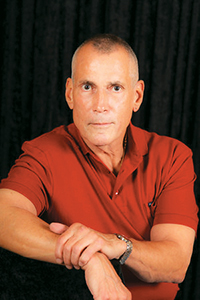 William Grace has been a busboy, a bank messenger, a bartender, an editor, a history teacher, a trial lawyer, and a United States Marine. A lifelong martial artist, he holds the rank of 4th Degree Black Belt in Okinawa Shorin-Ryu Karate. He lives in the Pacific Northwest, where he is currently at work on Omniverse III.

Visit the author's webpage at
https://outskirtspress.com/omniverse2
for more information.