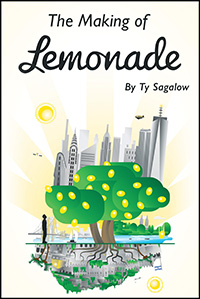 HOW DO YOU CHANGE A TRILLION DOLLAR INDUSTRY THAT EVERYONE HATES?

Let’s face it: Insurance is one of the most hated industries in history. The Urban Dictionary defines insurance as “a business that involves selling people promises to pay later that are never fulfilled.” Insurance is the only modern business model with an inherent conflict between the provider of a service and its customer. Simply put, the more insurers deny or delay paying claims, the more money they make. And when customers complain, carriers accuse them of committing “insurance fraud.” This book is first an origin story of Lemonade Insurance, a startup insurance company with a silly name that was created by two Israeli entrepreneurs who knew nothing about insurance but in less than 18 months completely disrupted a trillion-dollar industry and soon became known as the “Uber of Insurance.” It is also the story of a personal journey by a former top executive at AIG and Zurich Insurance who decided to abandon the success of “Corporate America” to help form a startup that changed everything he was used to, and as a result, found himself changed.

“Ty is a great storyteller, and as a founding member of Lemonade he is in a wonderful position to tell the creation story of Lemonade in his unique way. Definitely worth reading!”
~ Daniel Schreiber, Co-Founder, CEO, Lemonade

“Filled with conflicts of interest and mistrust, we often look at insurance as a necessary evil instead of the useful financial tool it can be. Ty, together with Lemonade, is trying to fix this problem, and this is a wonderfully told story of the first chapter of that important adventure.”
~Dan Ariely, Professor, Duke University, Professor of Psychology and Behavioral Economics and Author, The Honest Truth about Dishonesty 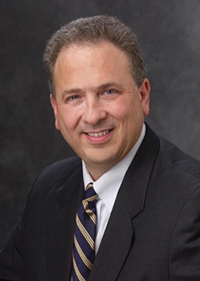 Back Flap: From The Making of Lemonade I’m Ty Sagalow, and unless you’re involved with complex types of insurance, you’ve probably never heard of me.For almost my entire adult life, I was an inside man in insurance. Over the course of twenty-five years, I rose through the ranks at American International Group (AIG) rising to the level of worldwide President of Product Development. But I knew something wasn’t right.Insurance, once a social good, had become instead simply a necessary evil. I decided to strike out on my own, founding a consulting company I called Innovation Insurance Group.For the most part, I found myself doing the same thing I did in Corporate America, helping large corporations make more money. Then two technology entrepreneurs from Israel came up with this crazy idea for a new type of insurance company named after a popular summer drink. Today, I tell the story of Lemonade, the startup insurance company which in less than two years revolutionized the concept of insurance in the United States. Wherever insurance companies and clients gather, they advertise “Breakfast With Lemonade” and the crowds seem to come. Only a year ago, if folks had advertised such an event, people would wonder why the event sponsors were advertising what beverage would be served. I am, and will forever be, grateful to the great people at Lemonade and truly humbled by the experience.As I once said to Daniel, my entire career in innovation led me to Lemonade and the great privilege to have played a small part in creating it. Ty R. Sagalow is a founding member of Lemonade. Founded in 2015, Lemonade is the first fully licensed and regulated InsurTech insurance carrier in the United States and became the foundation for the multi-billion dollar InsurTech industry. Prior to Lemonade, Mr. Sagalow held senior roles at several insurance companies, most notably at AIG where over the course of 25 years, he was Chief Underwriting Officer, General Counsel, Chief Operating Officer and Chief Innovation Officer of various divisions and subsidiaries. Today, Mr. Sagalow is involved in a number of startup InsurTech companies, speaking around the world on innovation in insurance and InsurTech. His web site is www.innovationinsurancegroup.com.

Visit the author's webpage at
https://outskirtspress.com/themakingoflemonade
for more information.