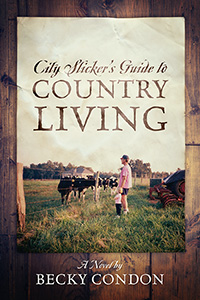 Neighbors: Persons living in proximity to other persons. Everyone has neighbors. Neighbors-From-Hell: Neighbors who are not nice. Have you ever had Neighbors-From-Hell? Neighbors are an obvious arrangement in cities or towns. Good or bad, tidy or messy, quiet or noisy, nice or mean; there are all types. City slickers moving to the country invoke the image of space and solitude, but there will still be neighbors. The space between domiciles might be larger, but a bad, messy, or noisome neighbor can still exist. Even with a country home’s space and larger area, there can still be neighbors that won’t contain themselves to their own area. Once upon a time there was a young family who had a dream of owning land and operating a farm. They became land owners and cattle ranchers, building their very own dream house on their very own patch of paradise. They worked hard to assimilate to this new lifestyle in a new neighborhood. It was everything they’d hoped for, and they were so happy. Then they got neighbors. They got Neighbors-From-Hell. These bad neighbors were pushy, arrogant, and mean. Their bad attitudes, slovenly habits, and meanness aside, the neighbors would not contain themselves to their own area. They encroached. They took what was not theirs. They forced themselves into the space and lives of our heroes. These neighbors meant to build their house on their property next door to our little family. The neighbors’ property had some unfortunate attributes, however, and it became clear that their property wasn’t very conducive to building a home. Astonishingly, these neighbors insisted on utilizing portions of property they didn’t own to construct their project. There were other solutions to the construction dilemmas these neighbors faced, but these answers would have been costly. They wanted to use our little family’s land for free. They wanted to steal the property and property rights of our little family. These Neighbors-From-Hell came on over bringing their messes and problems with them, and embroiled our little family in a battle for their rights and their very lives. When our heroes stood firm on their property rights, these awful neighbors tried it anyway. When the young couple complained, the neighbors lied. When the family sought the help of the authorities, they found out the difficulties of fighting city hall when the local power came to the aid and assistance of their county crony, even in the face of proven and documented lies. The common refrain used as their excuse for lies and deceit was, “Y’all aren’t from around here, are you?” This bigotry and clannish attitude was brought to full force against our little family, whose only desire was to be left alone on their own land. When the neighbors couldn’t steal the part of the land they were after, they tried to take everything. Using their friends in county authority and the local judiciary, they brought the fight of our young heroes’ lives. Does the young family survive? Can they win against the local establishment and seemingly insurmountable odds? What do you do when your neighbors are the Neighbors-From-Hell? What do you do when the Neighbors-From-Hell have friends in high places? What do you do when they threaten your home, your livelihood, and your family? Everyone knows fighting city hall can be a pointless fight, rarely won. But what do you do when city hall brings the fight to you? Sometimes you have to stand and fight. 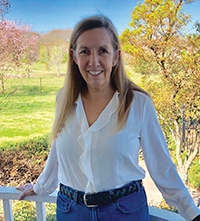 Becky Condon is a pilot by trade, a farmer by passion, and wants to be a writer when she grows up.

Visit the author's webpage at
https://outskirtspress.com/CitySlickersGuideToCountryLiving
for more information.