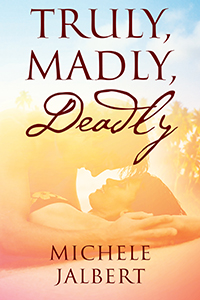 Can True Love Survive a Dangerous Past?

When designer Annie Morgan ends an abusive relationship, she decides she’s better off alone. But when she’s sent to redecorate TV star Norman Drake’s apartment, neither can deny their immediate chemistry. Reluctant to see him on a personal level fearing more heartbreak, she gives in and agrees to dinner. Although they are inseparable after that night, their path to true love isn’t smooth. Annie must learn to deal with his celebrity status, women-past and present - fans who throw themselves at him and survive devastating secrets. But even more terrifying, when Annie’s abusive ex finds out she is dating again; he makes it his mission to get her back. Unstable, unpredictable, and cruelly violent, he stalks and terrorizes the couple relentlessly while viciously tormenting innocent people for his own pleasure. What Annie never knew about him was that he is the grandson of the biggest mafia boss in New York City who can use his connections to destroy her. As Norman fights to protect and keep the woman he loves safe, Annie’s best friend unknowingly puts Annie and herself in even more danger with the mafia. You’ll be on the edge of your seat, following the twists and turns, betrayals, and remorseless violence of a mad man who will stop at nothing to take back what he believes belongs to him. 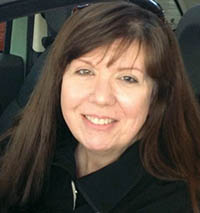 Michele was born in a small town in New Jersey and moved to Delaware in her twenties. She has lived there and worked in the computer technology field for 29 years. Along with writing, her enthusiasm include sketching, oil painting, skiing, and reading. She began writing short stories in her teens and has always dreamed of being published. She has been happily married for 22 years and has three amazing children. She and her family love to travel, go to the beach, play cards and board games, and watch football

Visit the author's webpage at
https://outskirtspress.com/truelymadlydeadly
for more information.