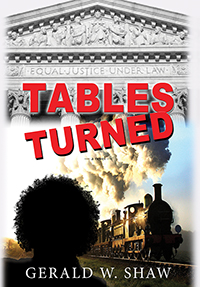 Henry O’Day, a lawyer-planter widower with a teen aged daughter, owns a small plantation on the Cumberland Plateau in Tennessee in 1860. He secretly is a part of the Underground Railroad, sending runaway slaves north. While he is on a journey to Jackson, Mississippi to rescue a slave woman (the wife of one of the Negroes on his plantation) who has been taken from Crossville, Tennessee to be sold, Republican radicals in Congress are planning to pass punitive legislation which will insure that plantation owners who continued to keep slaves after President Lincoln announced the Emancipation Proclamation will have their lands confiscated and given to their former slaves. In addition, the owners will be sentenced to a period of servitude on the land under the control of their former slaves. Henry’s life becomes more complicated after he meets a middle aged woman who stops over in Crossville, with her aged parents, on their way from Vicksburg, Mississippi to Oberlin, Ohio, where she is an instructor and assistant to the President of Oberlin College. After Karen Melaney is accused of being a Union spy, Henry convinces the trio to stay at his farmstead until the matter is resolved. The characters experience many adventures and travels throughout the war torn south, and other parts of the country, via horseback, mule, stagecoach and steamboat. Henry’s trial before a military court set up by the U.S. Department of War for owning slaves, and the impeachment, conviction and removal from office of President Andrew Johnson culminate in Henry’s representation before the United States Supreme Court of slave owners who have been tried and convicted under the Slaveowners Redemption Act. A ferocious battle among counsel and members of the court takes place as Henry attempts to persuade the tribunal that the Constitution of the United States is not the organic law of the land but is superseded by cosmosean law. 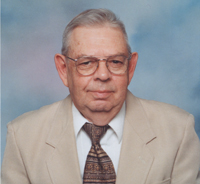 GERALD W. SHAW is a retired trial attorney licensed in Ohio and Kentucky. He lives on a small farm in Ewing, Kentucky. His wife is deceased. He holds an A.B. degree from the University of Kentucky, with a major in political science and a minor in history. He also holds a J.D. degree from Cleveland State University. He spent eight years in the United States Navy and worked for ten years for the Ohio Supreme Court. All personally published works concerned legal subjects.

Visit the author's webpage at
https://outskirtspress.com/tablesturnedshaw
for more information.