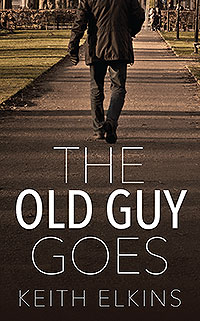 On his 40th birthday, community college teacher Eldred Duker feels he’s getting older faster and faster. Childless, he and his wife Marie visit the orphanage he and his now-estranged sister Anne lived in as small children and, as Marie has long wanted to do, end up adopting six-year-old Hope. Hope is sexually assaulted at age 16. Herself molested by one of their mother’s male friends as a child, Anne comes for a visit to help. After Hope is on her own, Marie is killed in a car accident. Slowly at first, Duke starts losing his grip on reality. He seeks revenge on the man whose vehicle killed Marie, looks for relief of his pain by taking a yoga class, falls in love with the instructor Rachel, marries her, sees his daughter Hope married to Dirk and helps Rachel bury her mother. During these years, Duke’s judgment deteriorates. He causes a car accident that kills Rachel, starts drinking regularly and tracks down the man who killed Marie to forgive him and thus himself. Hope and Anne eventually realize that he is no longer capable of taking care of himself and place him a Continuing Care Retirement Community. There, when ER tests given after he breaks a leg reveal that he has a fast-acting fatal disease, they move him back to his old home. Having separated from Dirk, Hope moves in to take care of him and arranges for hospice care. Along with her now-adult children, she and Anne attend his death. 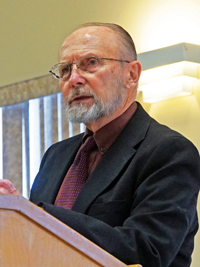 A Buffalo resident, Keith Elkins retired from Empire State College as a SUNY Distinguished Service Professor in 1997. He’s since been a volunteer in support of children, working adults and seniors. Currently, he’s founder/writer/performer with the Brainstormers, who dramatize and then discuss with seniors issues of concern to them.

Visit the author's webpage at
https://outskirtspress.com/theoldguygoes
for more information.