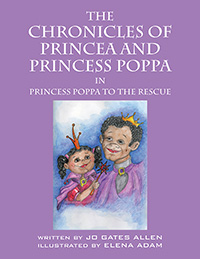 The Chronicles Of Princea And Princess Poppa

Princess Poppa To The Rescue

An imaginative story of lending a helping hand. The Chronicles of Princea (Prin-say-ah) in Princess Poppa To The Rescue is a children's picture book. It's a delightful fantasy that's first to come in a new series. It's a charming tale that denotes the special bond that exist between little girls and their dad's. In every little girls eye's, her father is a brave and admired person. He appears to be the biggest and the strongest of every other man. He'a a hero. Princea, a goody goody little girl who loves everyone and everything bright pink and pretty(except little boys) feels just this way about her father. She sees her father, known only as Princess Poppa in her eyes, as a charismatic super hero. However, the adoration is mutual as Princess Poppa does what it takes to keep his princess with a smile on her face. Going undercover as a pair who work as a team in a secret world, unknown to even Princea's Mom. Together, they are the latest in Dynamic Duo's(and also the best dressed) on a rescue mission, who are decked out in father/daughter matching Superhero costumes.They go about their days rescuing other little princesses in distress. Mounting Princea on his back as the two caped wonder's fly through the air in search of unhappy little princess'es whose cries can be heard only by the two of them. Until the day arrives when little Princea becomes the princess in distress and is in need of her own Princess Poppa as her rescuer. When Princea cries, He hears. As with the rest, Princess Poppa comes through in his most super-est hero form ever for his most important princess! He saves the day that would otherwise had been ruined by an evil villain kid by the name of Ratty Robert. An annoying little boy in Princea's kindergarten class. Ratty Robert stays in and keeps up much mischief. He has only one intention and that is of making the little girls scream and cry. Ratty Robert is dirty and grimy, has an evil grin and is Princea's worst nightmare. Her biggest fear is Ratty Robert getting a smudge on her pretty pink dress. Princess Poppa comes to the rescue and save's the day. After which Princea rewards him by celebrating a new day they created together, "Sparkly Day With Dad." This day comes frequently throughout the year. It's a special day. This new little princess invites every little girl everywhere in the world to join her in celebrating with their Dad's. A day where She shows her appreciation by putting everything sparkly and pretty on him that includes lip gloss, glitter, nail polish and more before she then finally crowns him in a tiara and makes him " #1 Sparkly Dad." He loves and endures every moment of it. The time spent with his little girl is precious. Please join Princea and Princess Poppa and embrace this new day"Sparkly Day With Dad!" Make your Dad#1! 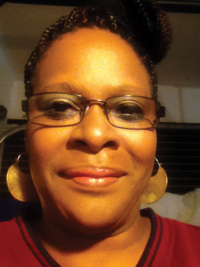 Working with children for the past two decades or more and listening to their most imaginative stories as well as observing the bond between girls and their fathers is the inspiration behind The Chronicles of Princea And Princess Poppa. Presently residing in sunny California with my husband and our three children. Living close to and enjoying the ocean, we also spend a lot of time reading great books. This is the first book in the chronicles.

Visit the author's webpage at
https://outskirtspress.com/princeaschronicles
for more information.