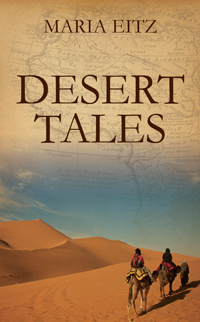 A Year With The Hadendowa Nomadic Tribe


During the terrible drought that gripped East Africa in the 1980s, squeezing her people, animals, and the very landscape dry, Maria Eitz took a group of medical people to help a nomadic tribe in Sudan battle for survival.

For generations, the Hadendowa have traversed in small groups, with their camels and goats, through the arid land from the Eritrean Mountains to the Red Sea. They rest along ancient water sources and camps their forefathers established, waiting out the season of sandstorms. As Maria’s medical team settles into village life, they begin to learn from the Hadendowa how best to teach each other what they need to know. Maria’s responsibility is to negotiate contracts, agreements, and permits with Sudanese government officials. She collects morbidity and mortality statistics compiled by her teammates for the World Health Organization and other agencies and organizations involved in the effort to bring relief to people in the drought-stricken countries of East Africa. Maria is often free to wander among the Hadendowa as they go about their daily tasks—and the stories in Desert Tales are inspired by her time with these remarkable people. It is a stunningly beautiful collection that will take the reader through a gamut of emotions, from tears to laughter to simple wonder. 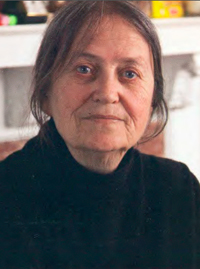 Inspired by a commitment to social justice, Maria Eitz has devoted her personal life and her career to improving the lives of children locally and internationally. She founded Respite Care, a service providing free child care, early assessment, and interventions for at-risk children, as well as support for parents, for more than 35 years in San Francisco. She is also the founder and director of Medical Volunteers International and has extensive experience creating human rights programs in Asia and Africa for children and their parents rendered vulnerable because of wars, natural disasters, and famine. Maria was born and educated in Germany but has lived in America since 1963. She has four children adopted from Vietnam and seven grandchildren.

Visit the author's webpage at
https://outskirtspress.com/deserttales
for more information.