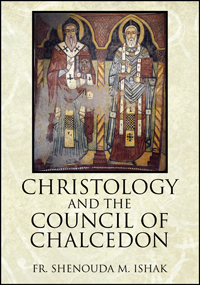 Christology and the Council of Chalcedon

“He who justifies the wicked, and he who condemns the just, both of them alike are an abomination to the Lord” (Proverbs 17:15).


This book is the fruit of years of interdenominational Christian dialogue between the Oriental Orthodox Family of Churches and both the Eastern Orthodox Family of Churches and the Roman Catholic Church. The main obstacle preventing unification of these three most traditional groups of Churches is still agreeing upon their beliefs in the nature of Christ. The first schism in the Church occurred in 451 A.D. as a result of the Council of Chalcedon when afterwards Christians were divided into either Chalcedonian or non-Chalcedonian. The Oriental Orthodox Family of Churches (i.e. Coptic, Syrian, Armenian, Indian, Ethiopian, and Eritrean) are non-Chalcedonian whereas the Eastern Orthodox and Roman Catholic are Chalcedonian. This book goes into great depth based on Biblical, historical and Patristic evidence as to why the non-Chalcedonians, i.e. Miaphysites, refused the Council of Chalcedon of 451 A.D. from the Oriental Orthodox perspective. It is comprised of six parts: I) Nestorianism; II) Eutychianism; III) Important Christological principles related to this Council; IV) History of the Council and other subsequent Chalcedonian Councils; V) Arguments against this Council; and VI) Anathemas pronounced and condemnations against those who accepted the Council of Chalcedon and/or the Tome of Leo. May God the Logos Incarnate our Lord and Savior Jesus Christ about Whom this research is concerned bless this work and make it a fruitful contribution beneficial in healing the divisions and leading to the unity of the Church on the basis of the identity of the authentic Apostolic Orthodox faith entrusted to us as expressed, confirmed and followed by the Fathers of the First Three Ecumenical Church Councils.

Visit the author's webpage at
https://outskirtspress.com/shenouda
for more information.