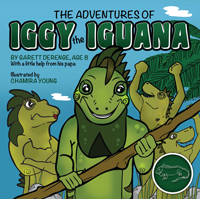 The Adventures of Iggy the Iguana

Join Iggy On His Great Adventure!


This is the story of Ignatius, the curious young iguana living in the arid region of the small Dutch island of Aruba in the Caribbean, who eventually chooses to go off on his own and have an exciting adventure. After hearing stories from his friends about the large resorts, plentiful fruit, and rich, easy lifestyle on the other side of the island, he decides to pack his bags and leave his familiar settings in the desert to find out for himself. Despite the repeated warnings from his concerned mother, his sense of curiosity could not resist the unknown. From speeding vehicles to hostile iguanas to dangerous humans, Iggy soon learns that things are not as easy as he thought they were going to be. As time goes on, he finds it harder and harder to come across food and friends. Although he had assumed he knew more than his mother about the realities of life, he soon realizes he should have listened to her in the first place and stayed with his friends and family. Then, one day when he lets his guard down, he suddenly finds himself an unlikely prisoner, and wonders if he will ever see his family and friends again. Come travel with Iggy on his daring adventure as he ultimately learns to appreciate the love of his friends and family around him, as well as the caring advice of his wise mother. 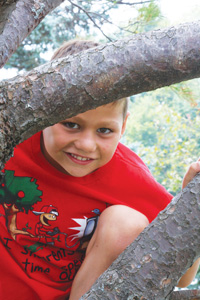 Author, Garett Derenge, is a typical 9 year old full of energy. At age 3, he was diagnosed with juvenile diabetes, but he has not let that slow him down at all. He loves iguanas, video games, and baseball. Every time his grandparents went to Aruba, they brought back stuffed iguana toys and photos, which planted the seeds for this book in his imagination.

Visit the author's webpage at
https://outskirtspress.com/theadventuresofiggyiguana
for more information.