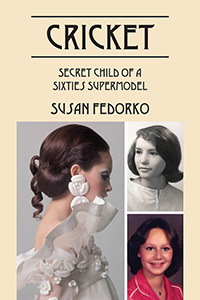 Secret Child of a Sixties Supermodel

No matter what I am called, I am more than a name.

Susan Fedorko had always known she was put up for adoption before she was even a year old. And she had always known she was Native American. But when she turned eighteen, she felt the need to know more about herself. She received some information about her birth parents through the adoption agency, but there was so little to go on. She gave up her search many times. For the next twenty years Susie was busy with marriage and motherhood. Finally, in 2002 and at the age of forty, she received the phone call that would change her life. Someone was looking to find her. And what she discovered was astonishing. Susan’s birth mother was the first Native American supermodel, Cathee Dahmen—an international fashion model with two celebrity marriages under her belt—and her great uncle was the famed Native American artist, George Morrison. Cricket is the incredible story of one woman’s journey to discover her roots and define her place in a newly complex and extended family—with her adoptive family, her birth family, and her husband and daughters. It’s the story of who she was “before,” who she became “after,” and how it all happened. 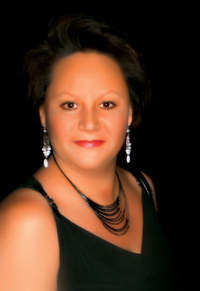 A lifelong resident of Minneapolis, Minnesota, Susan “Cricket” Fedorko (Grand Portage Band of Chippewa - Oijbwe) has contributed her writing to two anthologies on the subject of being adopted and has done numerous media interviews. This new memoir details her astonishing 22-year search for answers and describes touching reunions with both of her birth-families in two Minnesota tribal nations. Her Chippewa – Oijbwe, birthmother, a famous supermodel, died in 1997, a short distance from Susan’s current home.

Visit the author's webpage at
https://outskirtspress.com/cricket
for more information.