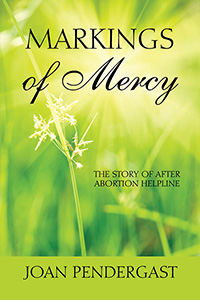 The Story of After Abortion Helpline

“YOU ARE NOT ALONE IF YOU ARE SUFFERING AFTER ABORTION.”

Few are aware of the suffering abortion causes. Countless women and men are suffering in lonely silence from grief, guilt and depression. Many think they are the only one suffering. They are not alone. The author will describe how the deep grief and imagined guilt she experienced from the sudden death of her mother when she was seven (someone said she wore her mother out) led her to found After Abortion Helpline – one of the earliest services created for post abortion sufferers. The idea of post abortion pain started in her as a hunch, at her son’s graduation from Harvard in 1982, after Mother Teresa of Calcutta gave the Class Day talk. Several events or “markings of mercy” followed, including an abortion doctor’s words: “I hate Christians because they know they are forgiven and I know God will never forgive me for what I do,” and a friend’s experience at an HMO being asked if she wanted to end her pregnancy. Similar events plus articles and stories that kept coming her way, drew her by the grace of God into the mystery of forgiveness for abortion. Her purpose for sharing her pain and much about her life is to encourage those who are experiencing guilt and grief from abortion to seek healing and forgiveness, and find hope for their future. The book describes the creation of After Abortion Helpline, a free, anonymous, non-sectarian telephone helpline staffed by trained volunteers, how it was founded, staffed and operated, and some of the stories of those who called the Helpline. It includes a chapter titled “If you want to help a friend” who confides in you their abortion story, and information from literature and several post abortion conferences, and data from calls to the Helpline. 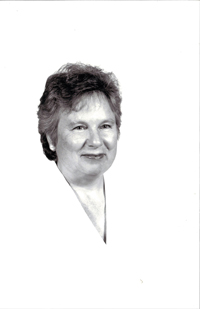 The author is a BSRN graduate of Skidmore College, and has practiced public health and hospital nursing in New Haven, Connecticut, and Providence, Rhode Island. She ran After Abortion Helpline for more than twenty years and helped develop and run Project Rachel and Rachel’s Vineyard Retreats for the Diocese of Providence. Married to Jack for fifty three years, Joan is the mother of six children and grandmother of seventeen grandchildren, and one step grandson. She resides in Providence, Rhode Island.

Visit the author's webpage at
https://outskirtspress.com/markingsofmercy
for more information.