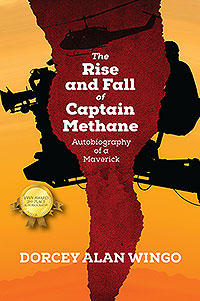 The Rise and Fall of Captain Methane

Autobiography of a Maverick

"Death on the 'Twilight Zone' Set"

May 29th, 1987 - The jury in the Twilight Zone accident case acquit movie director John Landis and four co-defendants of all charges filed by the LA District Attorney. Among the jurers’ conclusions were that the Vietnam era helicopter was accidentally sent spinning out of control during filming by poorly timed special effects explosions.

In Northwest Texas, a small town shoeshine boy looks to the blue skies above Sundown and yearns to be a pilot. Ten years pass and Dorcey Wingo is drafted as part of LBJ’s massive military build-up in Vietnam. In March of 1969, “Charlie” Model gunship pilot Wingo takes to the skies over Pleiku in the defense of freedom. The author survives his tour of duty, returning to a shattered marriage, and an ungrateful and divided America. In time, his love of flying takes him as far afield as the jungles of Peru and the poppy fields of Mexico. Then came the movies, and the Twilight Zone.

Southern California has been Wingo’s home base for many years of his aerial adventures, culminating as a Huey logging pilot in the Northwestern USA and Alaska. “Captain Methane” put Wind Loggers into print in 2005, the first such book about the hazardous helicopter logging profession. 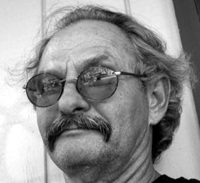 Visit the author's webpage at
https://outskirtspress.com/theriseandfallofcaptainmethane
for more information.