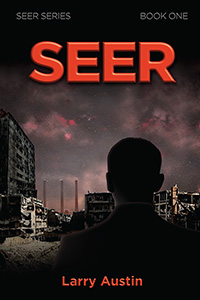 What would you bring to the end of civilization as you've known it?

In 2028, a manmade nano-virus, crafted to meld plastic and steel, is used to create a material that is light, yet incredibly strong. While this new material revolutionizes thousands of products in everyday use, it also results in a new and deadly virus. Thirty-six year old Michael Macalister, the doctor heading up the government project to find a cure for the disease, comes to realize the impossibility of the task. His projections show that eighty percent of the world’s population will die from it. As one civilization collapses, he and a band of colleagues seek to start a new one based in a colony in western Massachusetts, learning to survive and defend themselves. When two rogue members split off and return with a well-armed mob seeking to seize control, Macalister, hopelessly outnumbered and outgunned, must find a way to ensure the survival of the colony. 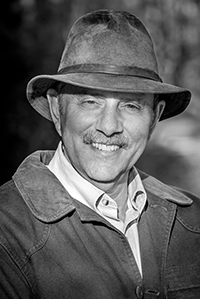 Larry Austin is a first time novelist who lives and works on Cape Cod, MA, where he is passionate about his writing, his work as a psychotherapist, gardening, fishing and shell-fishing. In a previous life, he worked full time as a rock musician.

Visit the author's webpage at
https://outskirtspress.com/seerseriesbookone
for more information.