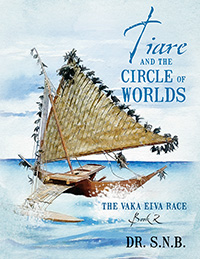 Learn the Rarotongan language with the tri-prophets in a race against time!

In their second adventure to the Circle of Worlds, Tiare, Mana and Lalu find themselves thrust into competing in a perilous canoe (vaka) race. The race takes the tri-prophets of power to more amazing lands and oceans where they encounter many new creatures and challenges. In the Rainbow Mountains of the Giants, Mana helps a giant child build a castle; in the Oceans of Inspiration the children swim with mermoons and shark riders; and in the Land of the Dinosaurs they play soccer against a Giganotosaurus and other members of team “FANG” for the coveted golden Stygimoloch egg trophy. During the vaka race the siblings realize the evil witches have teamed up with the Black Pearl warriors and a sun-gemmed spider named Tukutukura’onui in another attempt to steal the children’s powers. It becomes a race for their lives. Throughout the book fantastic scientific facts are explained by the dragon keeper boy Mana, who will help you remember the order of colors in a rainbow, and explain why some clouds look grey. Tiare makes new friends who become important allies in the eternal battle of good against evil and Lalu helps teach lessons of courage, understanding and forgiveness. In Tiare and the Circle of Worlds: The Vaka Eiva Race- book 2, Polynesian legends are woven into the story, and high-frequency Rarotongan words appear in parentheses to aid those wishing to learn this wonderful language. It’s an action-packed educational adventure that will inspire readers to explore the amazing world around us all. 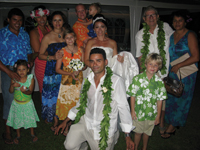 Dr. Selena Nicholas-Bublick is a neurologist, originally from the island of Rarotonga, who was inspired to write the Tiare and the Circle of Worlds series by her three phenomenal children. This particular book was written to help them learn more about the Rarotongan language and legends of the Cook Islands. 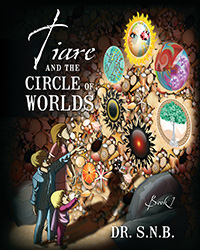 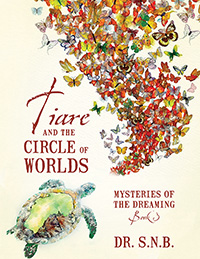 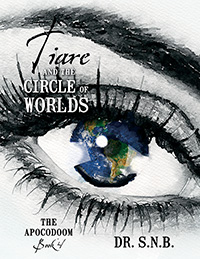 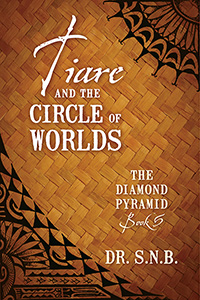 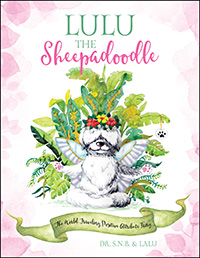