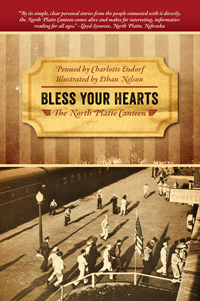 An Oasis For Soldiers

Pearl Harbor and World War II changed the world. Six million service men and women were aboard troop trains that crisscrossed the nation, and the brief minutes they were going spend in North Platte would be remembered for a lifetime. Early in the morning on December 17th the story got around that a train of local soldiers would pass through at 11 a.m. A small group gathered at the station and waited. Shortly after noon, a train pulled in, but it wasn’t the local boys. Word passed that the locals would surely arrive by 3 p.m. A larger crowd had gathered, only to hear that a troop train would not arrive until 4:30 p.m. By this time, the “grapevine” had run its course and about five hundred relatives and friends of the soldiers huddled together at the depot. Baskets of fruit, Christmas gifts, and fruit cakes were on hand. Read Bless Your Hearts to learn how this single idea turned into a fifty-one month operation with volunteers from more than one hundred communities in Nebraska and Colorado. These towns were called their “Honor Roll”. Volunteers working at the desk wrote all types of cards, letters, and telegrams for the soldiers who had too little time to do so themselves. A total of $137,884.72 in 1940’s dollars supported this worthy project, with no governmental aid. “In this true story, Charlotte Endorf brings to life how one person’s idea coupled with the efforts of few can benefit millions. Set in the beginning days of World War II, at a seemingly inconsequential train station in North Platte, Nebraska miles from military bases or the war, 26-year-old Rae Wilson decides to welcome the US Troops crossing the country on the Union Pacific troop trains. Her gesture quickly spreads to counties across the state and war brides, mothers and daughters create the North Platte Canteen. Their efforts bringing smiles and a touch of home to millions of soldiers crossing the country throughout the war. A great story of compassion and patriotism during an era of uncertainty and chaos. It is a great example of the beauty of the human spirit.” —Lance Miller, 2005 World Champion of Public Speaking

When the train left, the soldiers enthusiastically waved goodbye. Thumbs were sticking up out of open windows and mothers were dabbing their eyes. Some didn't bother with handkerchiefs, they just cried and didn't care who saw them.

Charlotte is a lifelong Nebraskan, a dual member of Toastmasters International who twice earned the Distinguished Toastmaster award. She is designated as one of the five high use speakers with the Nebraska Humanities Council. 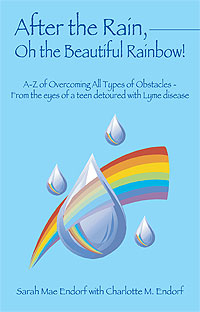 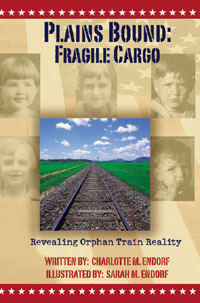 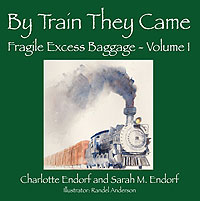 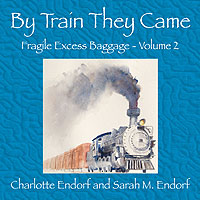 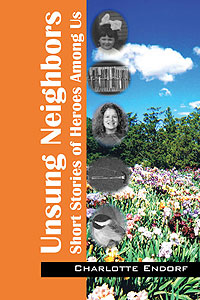 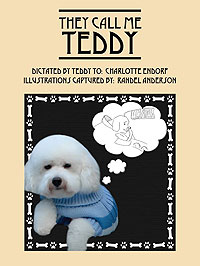 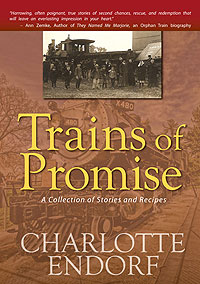 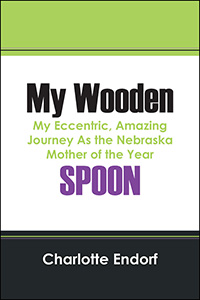