A Memoir of Struggle and Survival 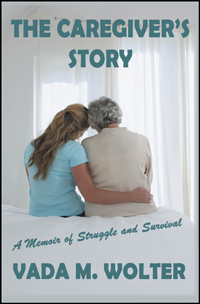 A Memoir of Struggle and Survival

Does God allow us to go through difficult times so that we may grow?

BY READING THE CAREGIVER'S STORY YOU WILL...

* Learn about the three stages of AD

* Understand that trials can make you stronger

*Learn how to face challenges

*Know when you can't change the circumstance...you can change your attitude.

Facing many difficult challenges throughout my life, I grew stronger with each experience. Each one prepared me for my biggest challenge—being a caregiver for my Dementia Mother.

This story is about a family’s struggle of caring for an aging parent suffering from Dementia.

Before dementia came a calling, Virginia Reece was very giving and warm-hearted. Family values were held in high esteem. She was a strong, take-the-rein kind of woman with the gift of hospitality and known for exer-cising that gift.

Born in 1922, in Lavaca County, the sixth of eight children, she went through difficult times. In those days, times were hard. Her parents, Isaac and Rebecca Lee, labored tediously to put food on the table, clothes on their children’s backs, and shoes on their feet.

For a long time, she and her two younger twin-siblings walked to the little one-room country school. They would leave their home by early daylight and return home near dark—wet, cold, and muddy to their knees. Isaac traded with another farmer for a big Cly-desdale horse. Virginia was always at the reins with her younger siblings sitting behind her.

She survived the great Navidad flood in May 1931. Everything was lost—except the house they lived in and her family. Food was scarce; however, when pecans were plentiful in the fall season, the family filled burlap sacks with the nuts and stored them in the barn.

Tragedy struck once again, for twelve year old Vir-ginia. A house fire destroyed everything—except the clothes on their backs and the family Bible. Against all odds, Virginia and her family stayed together, living in a barn and existing on pecans and what little food they could find.

The Lee family lived a sharecropper’s life, never owning a home or farm. They picked cotton, grew crops, and raised turkeys for market. Through it all, love prevailed in that family. Yes, Virginia grew up in tough times and worked hard for the necessities. This made her the strong woman she became, capable of surviving any situation—including their move from the Navidad River to a different county and a new life.

Even with the transition, it was expected that the children work on the farm, helping to support the family. Therefore, Virginia only finished the fifth grade, and her social life centered on local house dances.

At such a dance, she became attracted to a dark-haired, young man. His laughter and bright smile caught her attention. They began dating and before long they were married in April 1939.

Virginia’s days of working in the cotton fields ended when she became a housewife. She was barely seventeen and my father was twenty.

In 1940, I came along and the honeymoon was over—so to speak. Virginia faced the challenge of motherhood with open arms, knowing she had gone through more difficult times.

“Yesterday, December 7, 1941, a date which will live in infamy, United States of America was suddenly and deliberately attacked by naval and air forces of the empire of Japan…I ask that Congress declare that since the attack by Japan on December 7, 1941…”

Once again, tragedy struck! World War II had been declared, and Virginia feared becoming a widow early in their marriage. She tearfully prayed for her Johnny. God answered her prayer and Johnny remained home. Being content to be home and work as a farmer’s hand, he set-tled in.

In his spare time, Johnny hunted for fresh meat to put on their small wooden, rectangular table in their two-roomed prairie home. For added income, he processed and sold the animal pelts.

In 1944, my sister joined the family picture. Soon af-terward, Virginia experienced a life-threatening preg-nancy. The procedure used to save her life prevented her from having any more children. She always felt cheated for being unable to give Johnny a son.

Virginia and Johnny settle into a life surrounded with family and loved ones. They move from their tiny prairie home into a four-roomed home out in the country. In the mid-fifties, their last move took them to the new ranch-style home they had built; it sat among many oak trees.

The family values that Virginia grew up with stayed with her. Guests entering their home felt her warmth, love, and hospitality. Her cooking and other skills re-flected throughout their home—especially during the holidays.

In 1990, Virginia faced a difficult time—perhaps the hardest of all. Following a two-year battle with cancer, her one-true-love and partner for over fifty years passed away. Now was a chance for this sixty-eight year old di-abetic widow to take the reins—again.

After Johnny’s passing, I remained with Virginia for the first six months, and during that time we moved a portable building near the home. I painted and decorated the building and designed the interior. This ecru-colored building, with its pink shutters, became her new business: a floral and gift shop.

Virginia loved spending time in this quaint shop. The new business kept her occupied, and she earned a little money too. Amazed customers commented when they saw this beautiful Victorian Shoppe in the middle of the country.

Her health slowly began to decline. In addition to the diabetes, she learned about her heart problems. Poor circulation and painful feet came into play, as did de-mentia and TIA’s. Transient ischemic attacks cause the symptoms—but not the damage—of a stroke, and are a red warning flag that indicates you are at major risk of a stroke. Virginia's health was on a downward spiral.

Many changes evolved between 1995 and her passing in 2005—some in Virginia’s life and some in mine. 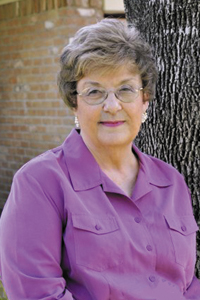 Vada M. Wolter, published author and photographer holds an Associate Degree in Biblical Studies and was caregiver for four years. She loves being creative whether with camera or pen. 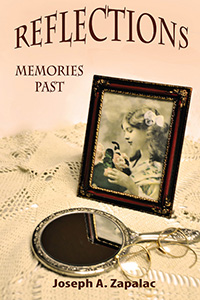 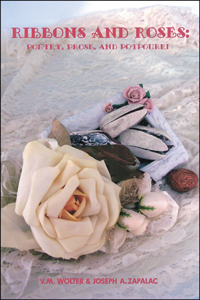 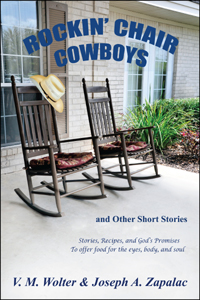 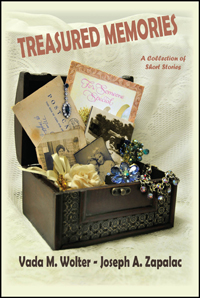 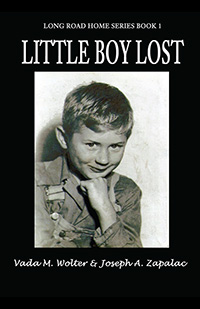 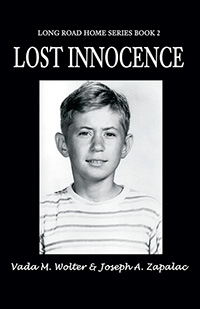 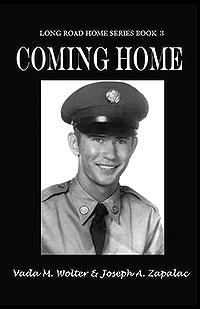