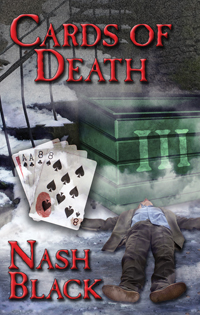 Secrets Dart Like Roaches From A Dead Man's Hand.

Connie Miller is stranded in the loneliness of widowed respectability. Her life after retirement stagnates until the morning her car bumper topples a corpse. Maud Tosh enlists her aid to discover who murdered Algin Carstaris and left his body propped against a dumpster behind the Kricket Kafe. Algin Carstairs was Ono County's golden boy but died a shabby bum with deadly connections. Five women want him dead: his wife, his sister his mistress, a discarded love, and one woman who avoids him. Each conceals a motive for murder, but Connie refuses to point the finger of guilt to her special girls. Jordan Ames throws a spanner into Connie's existence as he lay siege to the woman he loves, but he must breach a thick wall of taboos that enclose Connie's heart. The dead man's hand hides many secrets that hold the power to shatter lives in Cards of Death. Connie Miller must unravel the twisted threads that enshroud the truth before she can claim her own happiness.

Nash Black is the life partnership of Ford Nashett and Irene Black. They are the creators of the Ono County Chronicles. Cards of Death is the third in the third in the series. Previous installments are: Prelude of Death and Sandprints of Death. Cumberland River, lake, and foothills provide inspiration for their award nominated collection of ghost stories, Haints. Games of Death is their forthcoming collection of these timeless tales. They share their home with two dogs and a cat that followed them to the backporch. 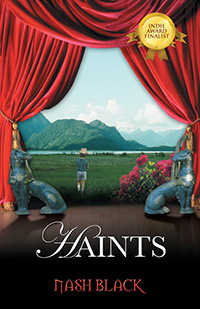 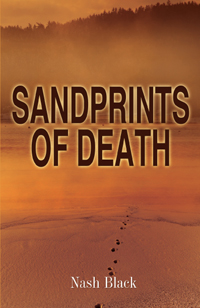 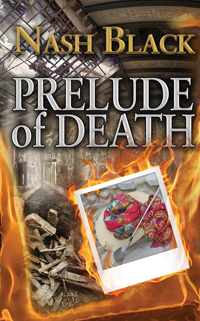 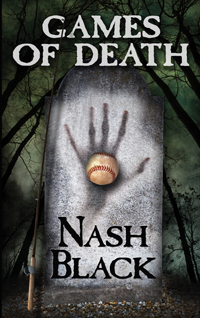 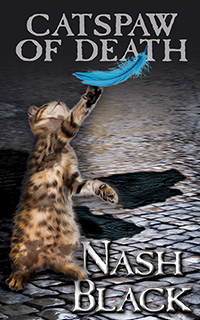