From the time of the fall of man, when The Creator first annunciated his auspicious plan to remediate the effects of that fatal lapse, the spiritual nemesis of mankind had been at work to unseat the life of God from the soul of man.—Fast-forward several millennia. In 1940, a particularly insightful writer and avowed opponent of that nemesis—one C.S. Lewis—managed to intercept some of the correspondences between one of the Devil’s minions—called “Screwtape”—to a junior devil—called “Wormwood.” These letters revealed a nefarious plan to tempt and ultimately to destroy just one of the objects of God’s saving grace. Spoiler alert—they failed! Now, the Devil and his agents had to start from scratch. Not wishing to be outdone for having failed to snuff out their selected Christian “rat,” the Enemy hatched an even grander plan. This time he would go after the “nests,” that is the churches! The selected stratagem was to stir up so much dissension and division, that the unifying ligature of God’s Church, which is the secret of its power, would be broken down, thereby exposing the rats themselves to error and apostasy. “The Slubgob Letters,” named for Lewis’ Head of the Tempter’s “Training College,” contains the correspondences between Slubgob and his trainee “Woodworm,” disclosing the details of this new “master-plan” to “eat away” at the structure of the churches, and thus, to destroy both the vermin and their revered institution.—No spoiler alert here. Read the book!

Jeff Becker is a graduate of Reformed Theological Seminary (1985) and was ordained in the Presbyterian Church in America in 1989. He has served as pastor, educator, and music-director, to name a few of his ministerial roles. This is his second book published by Outskirts Press. 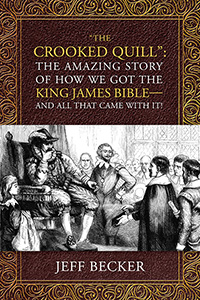 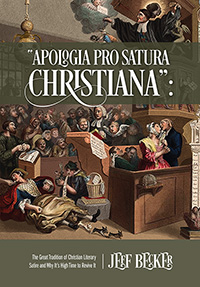 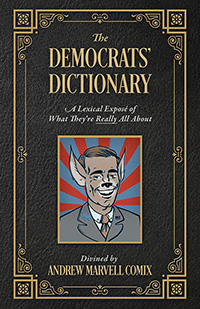