The Death and Birth of America 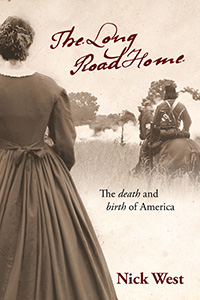 The Death and Birth of America

Praise for The Great Southern Circus

"The Long Road Home" continues to follow the lives of James Johnston and Miranda Madderra, the characters you met in "The Great Southern Circus". This time you will follow their lives through the dark years of the American Civil War.

James had the dream again last night. He was back with the Great Southern Circus. Randi was riding bareback on the running white horse, her legs flexing smoothly as she balanced gracefully, standing with her arms wide spread atop the speeding animal. The heavy beat of the circus band matched the pounding of the horses hooves. Together they seemed to pound against his heart as he watched her speed around the ring. Her beauty took his breath away, same as always. She was wearing the pink sequined costume and the lights from the torches reflected like a thousand fire flies across his face as she flew past. Her smile was a brilliant white across the dark beauty of her face and her black hair mixed with pink ribbon trailed behind her like the tail of a beautiful comet. Oh how he ached to touch her. Just to feel her lips against his and to inhale the fragrance of her hair. He stirred in his slumber, then on the edge of waking, made a conscious effort to stay asleep; to hold on to the dream as the heavy bass of the band pounded against his chest. A sense of dread crept into his dream. Something was wrong. In his dream, he saw Miles Orton standing at the edge of his vision. Master Duffee was there too, but for some reason, the sight of his old friends brought a rush of apprehension. Why? Miles was his friend from the circus, and Duffee was probably his best friend in the world. Miles’ father owned the circus where he and Randi spent years performing. Duffee was a trick rider like him. During the circus tour they had gotten each other out of a number of scrapes and Duffee had actually saved his life once. James had spent many afternoons helping the young black man search for his sister. Now instead of comfort, the sight of them brought fear to his dream. It made no sense. He looked back at Randi. She too had noticed Miles and Duffee, and he could see the fear began to form on her face. What in the world was going on? The music grew louder and the throbbing beat more intense. The concussion of the drums made it hard to breath. Was it the elephant? Was Hero loose again? He could now hear screams. Explosions of thunder and flashes of lightning flickered across his face. Randi looked back at him and held out her hands as the white horse turned and carried her away toward the mountains. Helpless he watched as both she and the tent slowly began to fade from his dream. He stood frozen as Miles and Duffee began to move toward him. Waking with a cry, and drenched with sweat, he suddenly sat straight up in the little tent. It took him several seconds to transition from dream to reality. The jarring boom of a cannon shook the earth and the flash of another lit the sky around him. Then like a river through a bursting dam it all came back, almost drowning him in its sorrow. The circus was over. Randi was home on Sand Mountain. Miles and Duffee were fighting for the Union. He was wearing the gray uniform of a lieutenant in the Confederate Army and sleeping here on the cold hard ground near a little Pennsylvania town called Gettysburg . The fog of his dream slowly lifted as he shook the remnants of sleep from his brain. With a groan he rolled over and rested for a moment on his knees. Every bone in his body seemed to ache. Bowing his head, the same as every morning, he began the day with a prayer. A plea to God that Randi would be safe and that somehow the Lord could see to it that he would make it through another day without unknowingly firing a shot that would take the life of one of his old friends. He struggled to concentrate on his conversation with God, but lately he had a hard time focusing his thoughts for more than a few seconds. Even now his mind shifted direction and he found himself wondering for the thousandth time how it all came to this. While trying to remember if he finished his prayers, he rose painfully to his feet, pulled on his boots and limped down to the creek where he sat down on a large rock and splashed cold water into his face. As he rubbed his eyes and rinsed out his mouth with the cold spring water, Sergeant Smith walked up leading their horses. “Mornin Lieutenant. Looks like we are in fer a day of it.” “Yeah Smitty, I expect so.” James splashed water into his hair and beard. “Sounds like our artillery has already started to loosen em up. They are dug in hard up yonder on the ridge. I just hope our boys can shoot straight in the dark.” “Shit, I wouldn’t count too hard on it. They ain’t all that much in daylight!”, snorted Smitty. James thought back to the dream. “I wonder what outfit that is up yonder?” Smitty beat his hat against his leg and spat. “All I know is, hit’s a bunch of blue bellies thick as ants at a church picnic and more a comin. I’m a feared General Lee has done shit and stepped back in it this time Lieutenant. If we can get our asses back to Virginia hit will be a trick!” James exhaled slowly and pulled on his hat. “Well Smitty, I recon we are soon gonna find out.” Together they swung onto their horses and rode slowly toward the sound of the cannon. 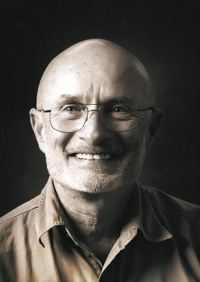 Nick West was born in Gainesville, Florida and grew up on his family’s farm near Archer. He attended Gainesville High School and the University of Florida. He is a veteran of the U.S. Navy and along with his son and daughter owns and operates a landscape business. 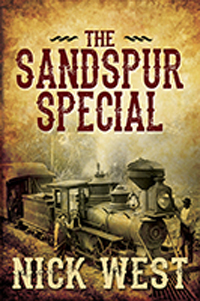 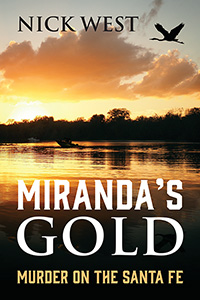