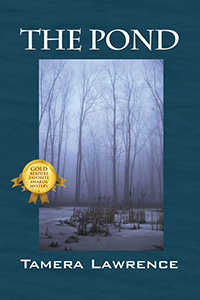 Do the Adamses have more to fear from the living or the dead?

Do the Adam's have more to fear from the living or the dead? Twenty-five years have passed since eight-year old Carl Weber drowned in Gray's Pond, and now one member of the Adam's family has returned to Kimberton, Pennsylvania, to reside again in the old mansion. It's time for Michael Adams to revisit his past, and for wife Donna and daughter, Kim, to become acquainted with their neighbors-a rather odd old couple who own the farm next door. Each day, however, brings strange occurrences--increasing paranormal activity, till it becomes agonizingly clear that ghosts of the past are trying to make their presence known.

“Might as well open your eyes old goat and look at me. I saw what you’ve been up to. Sneaking and looking in that girl’s book bag. What did you hope to find? You better hope her mother’s doesn’t find out. That’s all we need is folks snooping around here again.” “Shut your mouth, old woman. Leave me be.” Yanking the worn quilt over his head, Charlie Gray quivered like a child. As his wife continued her tirade, he smiled beneath the blankets, smiled and wept.

With a passion for writing, Award winning author Tamera Lawrence likes to entertain readers with edgy thrillers, paranormal and mysteries. Tamera loves meeting fans and writes book reviews upon request. Tamera has been a guest on GHOST ASYLUM, THE WORLD BIGGEST GHOST HUNT & PORTALS TO HELL.  Fiction Books include: THE POND, & Nonfiction: GHOSTS OF MAYFLOWER: A PENNHURST HAUNTING,& PENNHURST GHOSTS OF MAYFLOWER II, New in 2021 - ASYLUM (fiction thriller based Pennhurst's tainted history). Books can be ordered through any fine retailer. 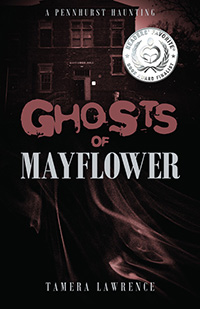 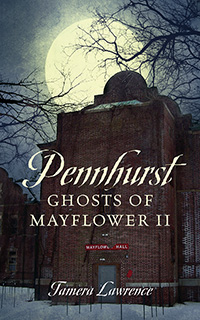