Continuing Stories in the Afterlife 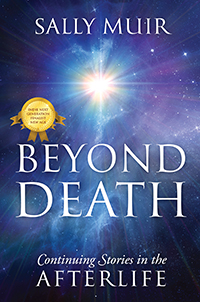 Continuing Stories in the Afterlife

A book you won’t want to miss, Beyond Death offers the reader a fascinating glimpse into the afterlife. From colorful prism-like clouds to beautiful choirs and majestic libraries, we peer into the other side through Ninette’s descriptions as reported by Sally Muir. —Candice M. Sanderson, award winning author of the international best seller, The Reluctant Messenger, and The Reluctant Messenger Returns

After Ninette Peterson died, she came to Sally Muir and told her about her experiences after death. Thus they began their daily chats, which opened the amazing world of the afterlife. Experience the marvels alongside her as she reveals remarkable landscapes, color baths, angelic helpers and experiences the life review. She talks of traveling among the stars, going to places on Earth, and even to the center of the Earth. She tells of her relationships to those who she loved on Earth and moving through the spiritual planes. Many of the things people wonder about the afterlife are shown to them in detail.
Also described are experiences with those who wanted to communicate with loved ones and get help with other issues. Sally would pray for them and they would contact her. Each one had a different life experience, a different death, and a different need. This is a fascinating book for those who have ever been curious about the afterlife.

Sally Muir was interested in spiritual subjects from an early age. She became a grade-school teacher in public schools and an early childhood teacher in the Waldorf schools. She entered a mystical path and became ordained at Sancta Sophia Seminary. She has two grown children, six grandchildren, and lives in Florida and Michigan with her husband. 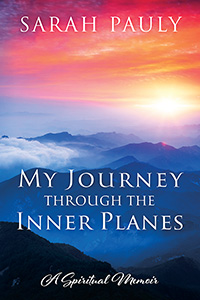