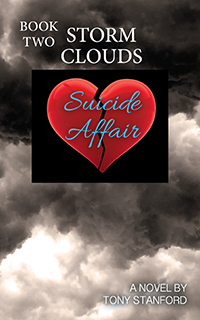 The 1960s are coming to a close. Some relationships will end and others will begin. After a dark childhood of isolation and loneliness—her only friend being invisible—the pretty Rita Pierce, coming of age, learns of her true identity and a door of magic opens. Rita’s monster pa, Homer—teetering between yesterday and today, between sanity and madness—has new friends of his own. While it gives his life meaning, for others, it means nightmares. MedicineGirl rethinks her life and calling, but a kiss from Lucifer changes everything. Declared a national hero, Garth is given a new job. For him, opportunity knocks.

Dark are the days. Scary are the nights. A witch doctor’s conjure goes rogue and death goes stalking. Though NuSprings, Missouri, invokes a curfew, no one is safe and not everyone will survive. However, with Storm Clouds comes a silver lining: his name is StormDancer.

Tony Stanford, a self-taught writer and native of Southeast Missouri, was born and raised on Crowley’s Ridge and lives his life in and around the Ozarks. 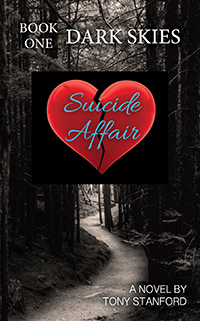