Going to the Dogs and Other Critters 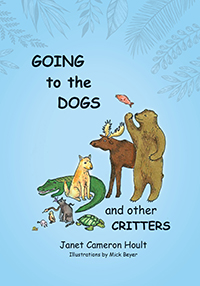 Going to the Dogs and Other Critters

GOING TO THE DOGS AND OTHER CRITTERS

We humans have developed relationships with all kinds of animals be they tame or wild, fierce or mild, big or small, short or tall! The poems in “Going to the Dogs and Other Critters” will let you explore your interactions with animals and give you an opportunity to revisit cherished experiences as well as think about having more! Designed for children and parents, this delightful book includes instructions for creating puppets and developing a puppet show. So enjoy reading about “Unconditional Love”, “Dorca the Orca” and “Noah and the Woodpeckers” while you heed the “Alligator Warning.”

Janet Cameron Hoult Professor Emerita at California State University, Los Angeles, was appointed Culver City’s Honorary Artist Laureate for Poetry in 2015. Janet has lived and traveled all over the world. Now in her 80’s, Dr. Hoult and her husband, Charley, a rocket scientist whose ashes were dispersed by his Cal State Long Beach ESRA Team at the 2017 IREC in New Mexico, have treasured their dogs - subjects of many of the poems in this book - who enjoyed going to the Culver City “Boneyard” which will receive proceeds from book sales. Mick Beyer is an aspiring artist from Magdeburg, Germany, Mick has been part of two completely different cultures throughout his life – Elementary School in Germany and Middle through High School in Southern California. He has traveled to many different places, from Greece to Italy to Tunisia! He has a lot more to see and to learn, and hopes to one day study and excel in a career in the architectural field. 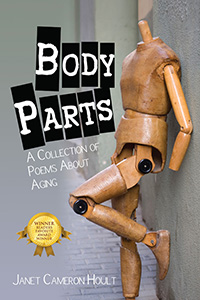 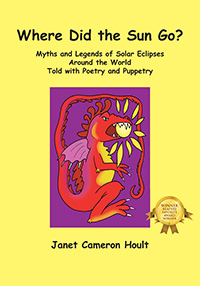 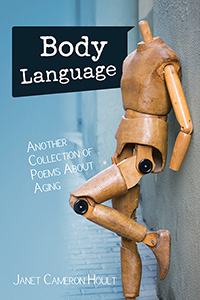 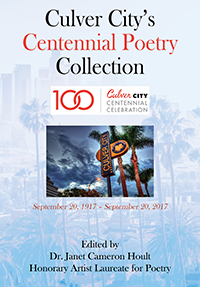