OPERATING IN THE LIGHT

The Power of the Process Preceding the Performance of Purpose 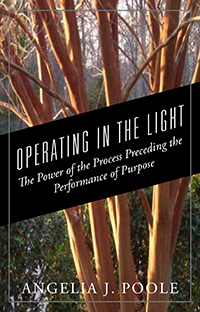 OPERATING IN THE LIGHT

The Power of the Process Preceding the Performance of Purpose

The ‘Story’ behind the ‘Glory’ magnifies the brilliance of ‘our time’ when God releases us into His manifested purpose. Many who witness these beautifully polished vessels, will never know the long and arduous roads that delivered us into our shining seasons. Obscurity, perseverance, and identity tests are critical transitions that God uses to prepare us for His uniquely ordained time of revealed Glory. His agenda is tailor-made for each of us ~ designed to nurture and mature us into our expected ends. In ‘Operating in the Light’ Angelia J. Poole addresses the struggles within the process of becoming and the importance of standing faithfully until God’s glory is ultimately revealed through us. And then God says, “Arise . . .” The light is on you! So . . . Operate in the Light!

This is Book #2 in 'THE RELATIONSHIP SERIES!' - Relating To Your PROCESS!!!

Obscurity – Hidden For Purpose: The Season of Safety before the Light

Moses is a great example of the importance of being hidden and staying in obscurity until God’s appointed time of revelation. His life also reveals to us that we may need more than one season of obscurity to be protected and preserved for what God has destined us to.

Moses began his first season of obscurity at the very beginning of his life. He was born into his first hiding season. Exodus Chapter One concludes with an order from the king of Egypt to kill all of the Hebrew boys at birth. Chapter Two opens with Moses being conceived, born and then hidden for three months. This particular season was so crucial that even the details of this obscurity are hidden from us. We only know three things about this Hebrew son who was spared: (1) He was a son, (2) his mother recognized him as a goodly child, and (3) he was hidden. Everything surrounding that very first season of obscurity is shrouded in a cloud of mystery. We know nothing of his growth during that period. We know nothing about his environment or those who were allowed to have encounters with him during that season. We know nothing of the care and nurturing he received during that season. All we know is that he was hidden.

Moses was born into danger, but he was totally unaware that he was in danger and that he was being hidden from that danger. Because of his lack of understanding, he did not know the importance of being quiet and still. If he was hungry or uncomfortable, he would cry out to communicate his feelings, not understanding that his cry could very well jeopardize his safety. Just imagine the diligence and creativity that was required of his mother in order to keep him safe.

With all of her diligence in hiding and protecting her son, she came to a place in his obscurity where she realized that she could no longer hide him. Moses, still unaware of the danger he was in, was steadily outgrowing his place of obscurity. For three months (one full season) she’d kept him hidden, but the season changed so she had to change with it. Seemingly without reservation, she made a water tight basket, preparing his entrance into his next hiding place. What an awesome assignment! She placed the baby-laden basket into the river, assigning her older daughter to keep watch. I wonder if this Godly mother got a glimpse into the destiny of her son. The route that she chose for his transition out of danger into his next assigned place was through the water! This was the same route that mature Moses would use to lead the Israelites out from Egyptian bondage! 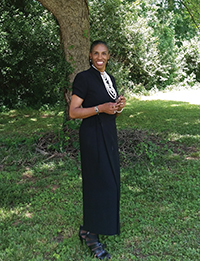 Angelia J. Poole, author of "JobTitle Worshiper: Understanding the Position of Worship Leader" and "A Good Man Is Looking For Me: Recognizing Your God-Ordained Dance Partner", writes to intentionally impact her readers through the Word of God. Her love for communicating and her passion for knowledge and understanding position her to intricately connect her readers to Biblical truths and principles; thereby, empowering them to walk in the blessings of God. This native of Washington, DC, who received Christ at the age of nine, has been an enthusiastic Kingdom servant for over thirty-five years and faithfully serves the Body of Christ through Weeping Willow AME Zion Church, Charlotte, NC. 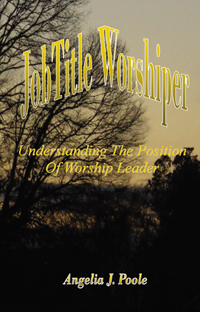 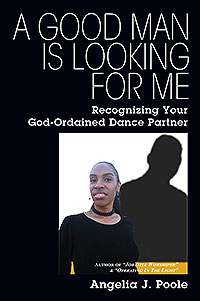