Disaster In The Gulf 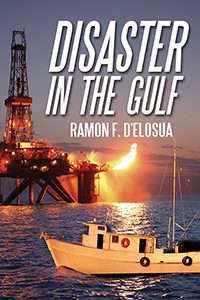 Disaster In The Gulf

This is a fictional story about one mans attempt to do something about an ecological disaster in the Gulf of Mexico that threatened the Gulf shore line along the southern states. The threat was to the tourist trade, the fishing industry, and the many species of wildlife that lived in and around the waters affected. Terry Jackson sees a unbelievable disaster on the news. He has always worked, and made a living on the water, as a Captain and marine mechanic. He feels he wants to give something back for the life he has carved out for himself. He attempts to do something about the mess with the help of his family, and a lot of the new friends he meets. He has to fight the narrow-minded bureaucrats that get in the way, and then has to convince others to help; his program does make a difference. It is a riveting adventure that is action packed, as his group overcomes obstacles, from simple to very involved. You will feel like you are there with him as he deals with issues from the law, a hurricane, to the new love in his life. He is a simple man that has to lean on his friends for help, and knows he can not do this on his own, but does end up relying on the skills he has gained through out his life. While the story is based on a factual event; it is a fictional accounting of the events following the failure a major off shore oil rig, and the resulting oil spill. ---You might remember the disaster that the story is based on.---

Ramon D'Elosua has done most of what this story embodies. He has driven big rigs over the road, has been a pilot since 1964, flying with a local search and assist group since 1994, is an experienced advanced open water SCUBA diver, has salvaged a number of vessels up to 60 feet, and had worked as a marine mechanic. In writing this book he drew from his many experiences through out his life. 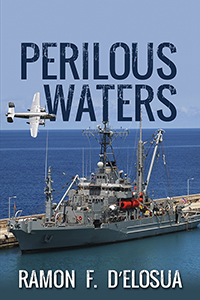 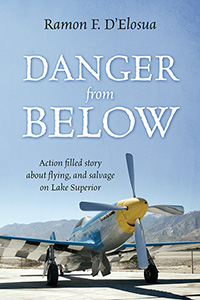