The Fish and the Loaves 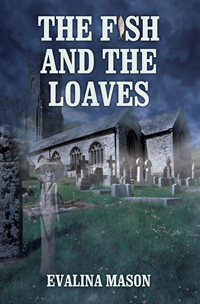 The Fish and the Loaves

Robert’s pleasant and predictable retirement days are totally shattered when his recently widowed sister, Gillian, comes to stay with him while her home is being reroofed. True to form, she leaves no part of his formerly serene world untouched. Hopes of it being a brief visit are dashed when he becomes victim of a churchyard prank and suffers a head injury. Despite his ardent protests, she decides to stay to care for him during his recovery. When a somewhat dubious miracle occurs, Robert gains a bit of relief as Gillian throws herself into helping with the church’s celebration of the phenomenon. Though grateful for the respite, he develops new worries as he sees her welcomed into his circle of friends and blending into the fabric of the village. Will her visit never end?

“I’ve created a menu for your dinner party,” Gilli said as she put her egg on a piece of toast. She sat down across from him. Lifting the cooked egg white, she stabbed the yoke and spread it across the toast. “Pepper?” She lifted the shaker and passed it to him. When he refused it she gave three sharp shakes over her own breakfast and replaced it next to the salt. “My dinner party?” Robert wasn’t yet awake. “Yes, the one we discussed last night.” Robert didn’t remember their exchange being what he would call a discussion but Gillian was already invested in her plans. “I think shepherd’s pie is a good choice because one can make it go into small or larger portions. A Cornish pasty is rather finite, in contrast.” “Ah.” Robert hoped that would be a safe comment. If he asked for further clarification, it would come and he wasn’t yet ready for it. “Some steamed vegetables and a bowl of cooked apples might go well with that.” Robert was enjoying his bacon and eggs. “This is going down well. Perhaps we should have them over for breakfast.” “Don’t be ridiculous. One doesn’t invite people over for breakfast, Robert.” “Perhaps they should.” He buttered a second piece of toast. “Then they could enjoy a peaceful evening with a good book.” His sister looked at him. “You haven’t changed much over the years.” She grinned. “You always did have your nose jammed between pages.” She cut a fatty bit off her bacon. “It wasn’t a surprise to any of us that you became a research librarian at the university.” “And we weren’t surprised you became a teacher. You always were good at organizing things and telling people what to do.” She smiled, ignoring the slight jab. “I enjoyed my teaching days, but it was becoming harder in the later years. Parents were more difficult to please. There were idiotic new rules imposed by those who’d never taught.” She put her fork on her plate and placed the knife beside it. “I often wondered if the people who wrote those had ever encountered a real child, much less a full classroom of them.” 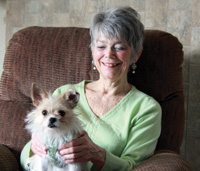 EVALINA MASON was born to an American soldier and an English war bride in London at the end of WWII. When the war ended they all moved to the United States where she grew up and became an educator. Now retired, she lives in Central Washington with her husband and an interesting assortment of furry friends. 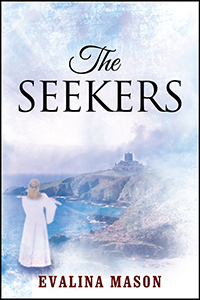