I Wish I Never Had to Say 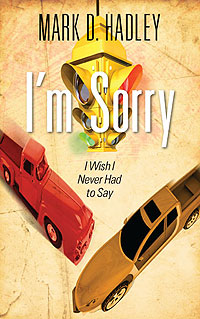 I Wish I Never Had to Say

Brad Jr. is learning how to be heterosexual and get rid of his Father’s homophobia! What if you woke up and the world was homosexual only, and you felt heterosexual? What if you woke up one day to find out your newest friend was murdered and you may know who did it? What if you had to make decisions that would, on one hand, open your heart and, on the other hand, cause you to regret the day you were born? Often we take for granted that just saying “I’m Sorry,” will make everything OK. Just think about all the times you had to say “Sorry.” But, if you would have just taken a minute before you did what you did, you would not be saying “I’m Sorry.”

It is a typical day at the public playground. Children are playing on different playground equipment. Two boys, both about five years old, are playing in a sandbox. They have become good friends. This is the third time in a month that they have been able to play with each other. Usually Brad Jr.’s mother takes him, but today his father did. Bad news for his son Brad Jr. To all external appearances, Brad Jr. is just a regular five-year-old kid. He wears T-shirt and jeans just like his daddy. The other boy is dressed more formally. He is from Spain. His mother is sitting by a tree near them, keeping the sun off her body. She is enjoying her son and his friend playing. Brad Jr. gets up with the other boy. They both are having fun. They both pat away the sand off each other. They are laughing and, together, hold hands and run off to a swing set together. In a truck parked near the playground sits Brad Sr. He is in his early twenties and has a crew cut. He is a homophobic abusive alcoholic father. He walks as if he has a stick wedged between his legs. He is wearing the same attire that he forces his son to wear, and cannot believe what he is seeing with his own eyes. He jumps out of his truck and is coming, heading to cut off his son's path. Brad Jr. sees in his friend’s eyes that the devil is coming. He hopes his friend won’t get hurt too. He whispers, “I’m sorry.” Just as his father reaches his son and pulls his son’s arm hard to get Brad Jr. away from the other boy, he turns toward the other boy. “Stay away from my son, you queer!” Brad Sr. drags his son toward his truck. Brad Jr. knows if he yells, he’ll get his father’s hand or belt. The other boy just watches as his friend is dragged away. He doesn’t seem scared, but dumbfounded. His mother comes to comfort him. “Ferran, are you all right?” She stares at Brad Sr., who is now opening his truck door. Brad Sr. pulls Brad Jr. up and into his truck, then pushes his son to the far side of the truck. Brad Sr. climbs in and shuts the door. He looks out his window, over toward the woman and her son, with disgust. He turns his attention to his son and has his finger pointing within an inch of his son's head, which is hanging low. Brad Jr. is sobbing quietly but trying not to let his father notice. No such luck. “Is that what you are, a queer boy who likes to hold hands with other boys and play house and wear a dress?” Brad Jr.’s little face changes. He is tired of his father always yelling and hitting him. He wants to be like his father. “No, Daddy!” Brad Sr. just stares back and shakes his head no. “Stop that damn crying! Only girls cry.” Brad Sr. backhands his son across his chest and shoulder. Brad Jr. wipes his tears away and stops sobbing. He is already gathering hate. The more he wants to be appreciated by his father, the more he hates him. Why must his father treat him this way? Brad Sr. turns away from his son. “You better not be, or I'll send you to a queer farm, where you can hold hands and play dress up with other boys if you like.” Brad Jr. wants to yell back. He really doesn’t even know what a queer is. “No Daddy! I'm not no queer!” Brad Jr. holds his head down in shame. Then he clenches his hands into fists. 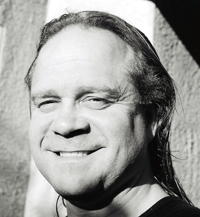 I know how it feels to be judged by the way I look. I am missing both middle fingers from birth. I never understood, as a young boy, why people treated me so different just because I was missing my middle fingers. It was like I had a disease that others would catch. The only reason I knew I was different was because that is what people told me. I have had people hit, spit and call me all sorts of mean names just because they were afraid of what they did not know. I always knew that I am no different from any of you ten-finger people. We are all human. “Sorry” never helped me 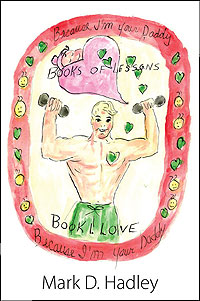 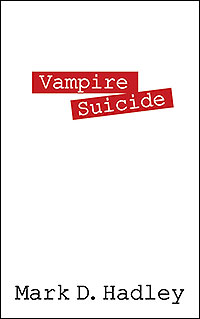