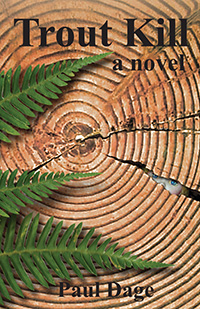 Eddy Trout needs to kill his old heart and find a new one. He’s killed before, but this time it’s different ....

Eddy Trout, a forty-seven-year-old bartender, has a heart that merely pumps blood. He wants to kill the stony thing and grow a warmer, more loving one. But how? Rekindle the fading love for his wife? Speed around the next blind corner? Then there’s his dying dog ... his fragile sister…the best intentions of his friends… the dead deer he loves. And what about the stranger who’s making damnable claims of fatherhood? Should Eddy kill him? It wouldn’t be the first man he killed who claimed to be his father.

Despite his heavy winter coat, his long johns and the wool cap he had pulled to the lobes of his ears, he felt chilled. His hands trembled on the wheel. The toothpick between his lips shook. The car’s blasting heater did not help. The center of what remained of his life—his god dot—felt frozen. 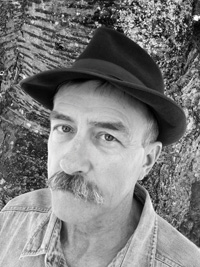 Paul Dage lives in Portland, Oregon, with his wife Debra. He began writing fiction in the mid-‘80’s and has published a number of his stories. He is a member of Willamette Writers, and in 2010 he won a Kay Snow prize for his Vietnam story “Guard Duty.” He served in South Vietnam from 1971-72 as an Army helicopter crew chief. From 1973-76 he attended Western Oregon University, where he received a teaching degree. He taught English for nearly 30 years, most of them at Canby High in Canby, Oregon. Dage subscribes to Portland writer Tom Spanbauer’s philosophy called Dangerous Writing, which encourages writers to be “brave on the page” or, in other words, artistically explore themes that may be personally frightening or embarrassing, such as cultural taboos or traumatic experiences. "Trout Kill" is written in this spirit. It is the first part of a trilogy that explores Eddy Trout’s anguishing journey of discovery and love. Dage is currently writing the second book, "Trout Run," set for publication in the winter of 2014. For more information about the author or "Trout Kill," visit his website at pauldage.com. 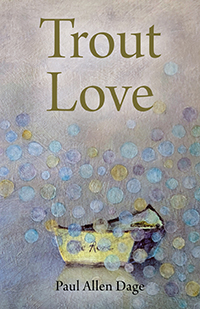