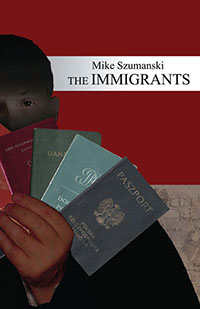 When a Vice President of a large equipment manufacturer in northern Virginia is found strangled in his house, and his eight-year-old son is missing, the police arrest his Russian ex-wife. Adam Stepowski, an investigative lawyer, takes up the defense of the accused. The seemingly routine murder develops into a case of post Cold-War era industrial and military espionage. Adam’s transatlantic investigation branches out to include an alleged Nazi criminal, now living in Texas, who during World War II had been a guard in a forced-labor camp in Poland. Searching for the missing pieces to the homicide, the espionage, and the Nazi criminal puzzles, Adam relives his turbulent life as a Jewish emigrant from the communist Poland of the Sixties. 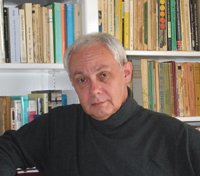 Mike Szumanski was born in Poland.

His 30 years’ experience as an international sales executive motivated him to create Adam Stepowski, an investigative lawyer whose cases take him far afield of his northern Virginia office. Szumanski’s worldwide travels and dealings with government officials of the Soviet Bloc countries and managers of western companies lend authenticity and vivid detail to his novels. Szumanski weaves his plots around themes of espionage and crime investigation. The action takes place on both sides of the Atlantic, and his characters and themes are steeped in the complex evolving drama of East and West; of the past and the present. Fluent in four languages, Mike has been fortunate to get close to many of the hundreds of people he has met during his voyages. His observations are a source for the lively and often nefarious characters he creates.

Himself a Jewish immigrant from Poland, he has firsthand knowledge of the emotional complexities and idiosyncrasies of immigration. His upbringing by Jewish parents, who in Communist Poland hid their identities pretending to be “normal” catholic Poles, developed in him a sense of secrecy and suspiciousness. His inclination to verify and investigate the “facts” and “truths” presented to him, are character traits with which he has equipped Adam Stepowski.

Mike lives with his wife, Maria, in Texas. 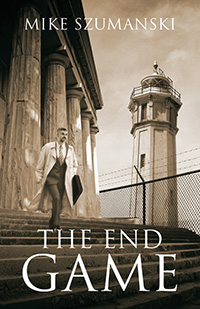