The Fruit of Silence 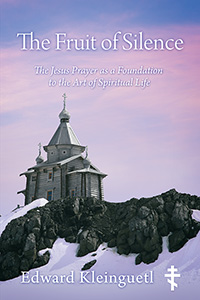 The Fruit of Silence

The Antidote for a Hostile Environment

The cooling of faith is a reality. It appears that we as a country have become so progressive that we no longer need God. Christians are feeling increasingly like outsiders. How do we remain grounded in Gospel values?

Christ himself described the two ways and that few will find the narrow gate (see Matt. 7:14). There is no middle way or compromise with the spirit of the age.

Cardinal Ignatius Kung Pin Mei spent 30 years in solitary confinement for refusing to compromise with the prevailing culture. His advice in the face of inhospitality was this: “Practice prayer, which is the most subversive of liberties; it can never be taken from you, and is a source of power and strength. Train yourself in prayer. Begin now, so that you are a fit, skilled practitioner when the need arises.”

As a Church, it is time to return to basics, The Art of Spiritual Life, an essential component of which is prayer.

The Jesus Prayer is a proven technique for turning hearts to God. It is the oldest form of contemplative prayer originating in the Early Church. We encourage our fellow pilgrims to a renewal in the spiritual life, practicing prayer to keep our feet steady on the narrow road.

“Prayer and silence will save the world.”

Edward Kleinguetl was ordained a deacon for the Archdiocese of Galveston-Houston and also served the Archeparchy of Pittsburgh (Ruthenian Byzantine Catholic). Over the years, Deacon Ed has been extensively involved in parish missions and retreats for varying age groups, both in the United States and China. He has written extensively on Eastern Christian spirituality including works on the Jesus Prayer and theosis. In connection with his interests on these topics, he has been on pilgrimage to Egypt to St. Antony's monastery (twice) and the monasteries of the Wadi al Natron, and to Mt. Athos in Greece. Deacon Ed holds a BSBA from The Ohio State University, a Diploma in Pastoral Studies from the University of St. Thomas in Houston, and a MA in Spirituality from Loyola University Chicago's Institute of Pastoral Studies. He was ordained to the diaconate on February 3, 2007 by His Eminence Daniel Cardinal DiNardo, Archbishop of Galveston-Houston. In secular life, Ed is a partner with Grant Thornton, LLP, working in Financial Advisory Services, specializing in merger integration and divestitures. 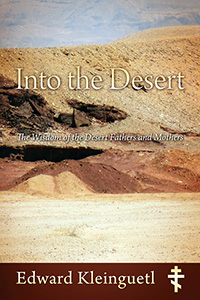 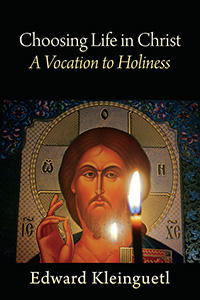