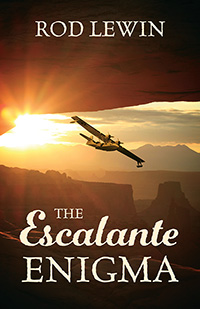 Mitch Blaine never could refuse the plea of a beautiful woman.

When Ronnie McCall, Mitch Blaine’s long-forgotten love, shows up out of the blue begging for help to locate her lost husband and brother—both U.S. Air Force special ops officers who have disappeared in Texas—Mitch, an ex-Australian Air Force and airline pilot now living a sybaritic life on his own WWII PBY flying boat in Sydney Harbor, agrees to come to the rescue. Mitch and Beyer, his retired physicist partner, decide to literally fly to Ronnie’s aid in the PBY, 'The Wayward Wind'. Their flight across 8,000 miles of Pacific Ocean and into the vast, rugged, and unexplored canyons of the Escalante River in Utah is harrowing enough. But their attempts to trace the missing airmen turn dark and dangerous as they stumble upon something sinister and supernatural in the heart of the Navajo Nation. What they discover in that maze of mysterious canyon-lands turns out to be far more eerie, bizarre, and deadly than they could ever imagine in their wildest dreams… The Escalante Enigma is an action-packed novel set in the heart of the American Southwest. Filled with high drama, the book is both gripping and beautifully rendered.

“Mayday, Mayday, Mayday, this is Catalina Papa Bravo Yankee” but my voice trailed off as I realized from the hollow echo and lack of carrier tone in my headset that Ronnie was right. The radios were indeed dead. Then, just as I was thinking that things could not get much worse, the right engine quit! We were now a big, powerless, glider. The only sound was the wind howling around the wing struts and fuselage, and the pounding of our own hearts in our ears. Our rate of sink almost doubled, even at her best glide speed of eighty-five knots. We were going into the ocean! Four thousand feet, three thousand, two thousand, one thousand feet above the black, rolling swells of the South Pacific. At five hundred feet, I knew we were going to die. It was pitch black outside and I could not even see the surface of the ocean I was about to attempt to ditch on; nor did I have the local altimeter setting, which meant I did not know precisely how high we were above the waves. It was impossible! Strictly no go! We had less than thirty seconds to live! 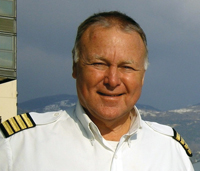 Rod Lewin was born in Brisbane, Australia. His acclaimed autobiography, 'Steel Spine, Iron Will', wherein he narrates his recovery from paralysis after a near-fatal plane crash, has been in constant demand for over two decades. Rod has spent the last 35 years as a professional aviator. He has experienced all kinds of adventure as a true 'knight of the air', from operating seaplanes on the Great Barrier Reef, the far outback of Western Australia, the U.S. Virgin Islands and Greece, to airline flying in DC-3s, 727s, and 737s in the U.S. 'The Escalante Enigma' is based on some of his own astonishing exploits. Rod is already writing the first sequel, 'The Carrizo Conundrum', which should be in print by the end of 2014. 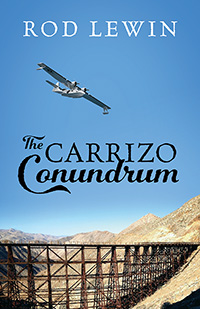 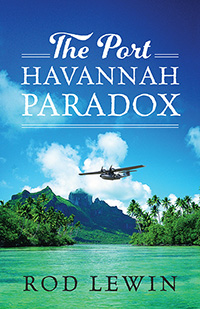