Tell me the truth. Is Santa for real? 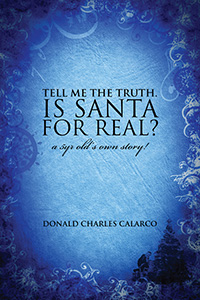 Tell me the truth. Is Santa for real?

Most often, children's books are written by adults and meant to be read by children. This book was written by a child and meant to be read by adults or at least mature children. Possibly the first ever "PG-13" book written by a five year old, "Tell me the truth" offers an up close and personal account of a once in a lifetime experience. A Big story in a small book. Gianna had crept down the stairs to watch Santa place presents under the tree every Christmas morning since she can remember. When a neighboring parent decides to inform her that Santa is just a man in a costume and he isn’t real at all, her world collapses and she feels cheated. Not wanting this to have an effect on his granddaughter’s Christmas Spirit, her grandfather sets a plan into action that would ease her pain and renew her trust. The results were much more than he had expected. There are surely many different stories and outcomes of how this family issue is handled. This is just one of them that worked perfectly!

"I just stared at her for a few seconds and then I gasped. I couldn’t breathe very well. It felt like the whole room was closing in on me. I turned to look at Michelle and she had no expression. Her Mom was still smiling and I felt like I was moving in slow motion. I was trying to run out of the house. I had to get away, but it felt like my feet were made of lead. I made it to the front door and I got my first breath of fresh air. My eyes were filling up with water and there was a pounding sound in the center of my chest. I felt like I was going to explode."

Donald Calarco has been a “story teller” since an early age. When he was a pre-teen he would entertain his friends by gathering them in a circle and telling a story from start to finish, with no preparation and no outline. His stories came right off the top of his head and captivated his audiences. For that matter, they still do! After a very brief, yet interrupted career at the Second City Improv Club in Chicago, he began a business career. His business led him to writing a variety of outlines and scripts for business presentations and product introductions. Until his first granddaughter turned sixteen, he had never thought to put his stories in print. This first effort, "Tell me the truth! Is Santa for real?" was co-written by Calarco and his five year-old grand daughter, Gianna Marie. "It's a small book with a big story" says Calarco. "Written just as it happened!"

Gianna Marie was a happy, healthy five year old when her world was suddenly filled with doubt and despair. Happy to send her annual letter to Santa, when she heard some news that the whole Santa story was a fake, the deception was too much for her to handle. She became confused and withdrawn and felt that her parents had lied to her. When her grandfather stepped in to tell the truth about Santa, her spirit was not only renewed but at a very young age she gained tremendous insight into the true meaning of Christmas. At the date of publishing of this book, Gianna is a high school teenager in Advanced Honors classes. She has a great outlook on life and a firm plan for college and the future. Each year since she was not quite six years old, she has portrayed "Jingles the Elf" to share her Christmas Spirit with children of all ages. Her promise, made to Santa himself, was to continue a tradition that started as a healing process and will last a lifetime. Her co-authoring of this book, at the age of five, was a true inspiration. It is truly a big story in a small book. Remember...adults only! 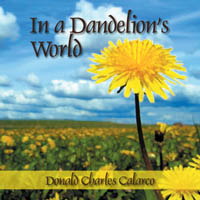