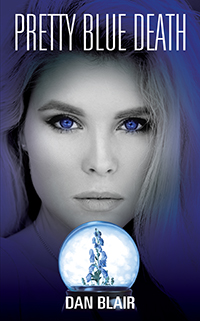 A psychopath targets a group of friends. A page-turning thriller with lots of twists!

Mark and Daly Ford are living the good life in southern California. Busy building their security company in the San Fernando Valley, they are shocked when a long-time friend drowns unexpectedly, shaking their world. Just as the alarm of losing a good friend subsides, another friend dies suddenly. Mark and Daly are thrust into asking if their friends’ deaths could be more than coincidence…and perhaps a deadly vendetta being carried out against their close-knit group. Worse yet, could the person behind these deaths be someone from within their group of friends?

Mark and Daly plunge headlong into solving the mystery, joining forces with a police sergeant from Scotland Yard, Sean McClarey, on loan to Santa Monica PD in this nonstop thriller.

Will they unravel the twisted intentions driving the serial killings in time to save their friends? Will they be next on the killer’s list?

Her pearlescent blue eyes looked down at the pool’s clear water. The flower petals rippled in the gentle waves dissipating from the earlier struggle.

A sense of peace and satisfaction settled over her.

The body of Tommy Hemmings was face down, half-floating at the surface. He would soon sink to the bottom as the air from his lungs was displaced by the chlorinated water; settling under his liquid blanket.
.
She knew what the coroner would find: asphyxiation by drowning. Her blue wild flowers, aconite, had done their job effectively. The residual neurotoxins would never be found in the typical autopsy of a drowning.

It was her mother’s birthday, April third. It was hard for her to believe her mother had been gone for twenty-six years. She had waited far too long to assuage her pain, her loss. But 2014 was a good year to begin the healing.
What a nice present for mother.
She regretted she couldn’t linger and watch Tommy sink to the depths of his pool, but she needed to move on. Mrs. Hemmings might happen onto the scene or some unsuspecting neighbor out for an early morning run could stop in for a coffee.
She approached the flowerbed at the edge of the pool’s landscaping. Picking a few petals from the red carnations, white roses and blue violets, she then returned to the pool’s edge. These little beauties provided just what she was looking for. She scattered them among the aconite already there; just enough to appear a gust had transported the flowers’ remains to the pool. Not so much to garner suspicion. The petals floated to the water below. Satisfied with the random appearance of the potpourri near Tommy’s body, she exited across the concrete patio to a side-entry gate. Unlatching it, she stepped onto the path leading to the street and her waiting car parked around the corner. About a half block away, she heard a distant scream coming from where she’d been. The edges of her mouth turned up in a cold half smile. “There, there Mrs. Hemmings. He really wasn’t much of a prize.” 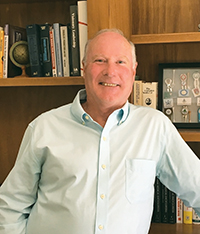 Dan Blair authored his first book, Pretty Blue Death in 2017, reviewed by Carol Hoyer of Reader Views as "one of the most unique suspense thrillers I have read in a while." Pretty Blue Death was also a Reader Views, Reviewer's Choice Award Winner for 2018 and received an official "4 out of 4 stars" review from OnlineBookClub.org. Dan and his wife, Ronda, live in southern Ohio and enjoy their kids, grandkids, friends and traveling the globe.  Please follow my Facebook page, Pretty Blue Death, where I share a lot of what went into writing the book and insights I gained in the process. 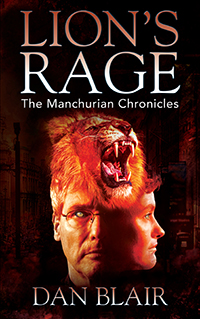