A TEACHER'S TALE (of tomorrow, today!) 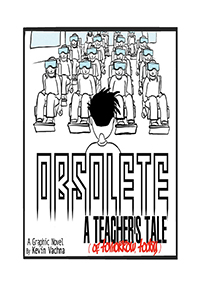 A TEACHER'S TALE (of tomorrow, today!)

THE FUTURE IS COMING

Black Mirror meets Dead Poets Society, OBSOLETE is a thrilling adventure set in the not so distant future, where technology is invisibly engrained in every aspect of life, even finding a home inside of us. Crime, Disease, and Poverty are all but extinct. Democracy is decided in real-time with lightning-fast ease. Holographic projections are at everyone’s fingertips, swallowing them in in a world of constant entertainment and communication.

There’s just one problem: the kids are all becoming hyperactive, disconnected screen-addicts. The America Learns Initiative, a federal program under the Department of Restructure, has a solution: The Success Spheres! Championing the mantra, “Do nothing and learn!" this state of the art technology promises to save the failing school system, its students, and teachers, once and for all.

After an unauthorized history lesson, Professor T is reassigned to one of the worst performing schools around. There, unlikely allies and hidden threats lead T to revelations about a conspiracy with sinister roots. What T discovers could threaten to overturn the ALI’s Success Sphere program and the very foundations of society, itself. 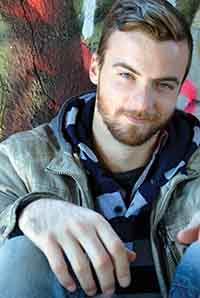 /// In the spring of 2009, at the age of 21, Kevin published a short novel, Summer of the Fall, through Outskirts Press. He spent the next few summers editing a second, experimental novel, Not All Vampires Suck Blood and a screen play, titled End of the World. /// For ten years, Vachna was employed as a high school English teacher at a New York City public school in the Bronx. /// In 2012, Kevin completed an English Literature MA at Lehman College. In 2016, he received a Masters in School Administration. /// The completion of Kevin's latest project OBSOLETE in 2019 came on the footsteps of his exit from the New York City Department of Education. Neither parties elected to comment on any meta-narrative connections between art and life. /// Currently, Kevin teaches English at a private high school in Westchester, New York and hosts a film discussion show on television. /// 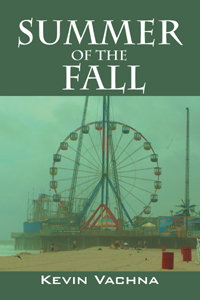